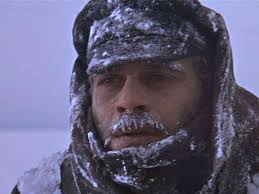 How the CIA Turned “ Dr. Zhivago ” Into a Weapon

Literary Cold Warriors
American Cold War propaganda had little, if anything, to do with the collapse of the Soviet Union. However, by dramatizing Soviet mendacity it made the world blind to Washington’s mendacity.

When Soviet authorities refused to publish prominent Soviet writer Boris Pasternak’s masterpiece, Dr. Zhivago, the CIA turned it into a propaganda coup. An Italian journalist and Communist Party member learned of the suppressed manuscript and offered to take the manuscript to the Italian communist publisher in Milan, Giangiacomo Feltrinelli, who published the book in Italian over Soviet objections in 1957. Feltrinelli believed that Dr. Zhivago was a masterpiece and that the Soviet government was foolish not to take credit for the accomplishment of its greatest writer. Instead, a dogmatic and inflexible Kremlin played into the CIA’s hands.

The Soviets made such a stink about the book that the controversy raised the book’s profile. According to recently declassified CIA documents, the CIA saw the book as an opportunity to make Soviet citizens wonder why a novel by such a prominent Russian writer was only available abroad.

The CIA arranged for a Russian language edition to be published and distributed to Soviet citizens at the World Fair in Brussels in 1958. The propaganda coup was complete when Pasternak received the Nobel Prize for literature in October 1958.

The use of Pasternak’s novel to undermine Soviet citizens’ belief in their government continued as late as 1961. That year I was a member of the US/USSR student exchange program. We were encouraged to take with us copies of Dr. Zhivago.

We were advised that it was unlikely Soviet customs inspectors would know English and be able to recognize book titles. If asked, we were to reply “travel reading.” If the copies were recognized and confiscated, no worry. The copies were too valuable to be destroyed. The custom officials would first read the books themselves and then sell them on the black market, an efficient way to spread the distribution.

You can read the Washington Post’s report here.

The declassified CIA documents can be read here

What strikes me about the CIA memos is how similar the United States government is today to the Soviet government of 1958. The chief of the CIA’s Soviet Division described in a July 1958 memo why Dr. Zhivago was a threat to the Soviet government. The threat resided in “Pasternak’s humanistic message that every person is entitled to a private life and deserves respect as a human being.”

Tell that to the National Stasi Agency and to Homeland Security and to the detainees in Guantanamo and the CIA’s torture prisons. In the US individual privacy no longer exists. The NSA collects and stores every email, every credit card purchase, every telephone conversation, every Internet search, every use of social media of every citizen. Pasternak had far more privacy than any American has today. Soviet travelers were not subjected to genital groping and porno-scanners. Penalties Soviet citizens paid for uttering truths inconvenient for the government were no more severe than the penalties imposed on Bradley Manning, Julian Assange, and Edward Snowden.

Today Russian citizens are more free to have private lives than are Americans, and the Russian press is more lively and more critical of government than the American press.

As I wrote in one of my columns, when communist East Germany dissolved, the Stasi moved to Washington.

Paul Craig Roberts is a former Assistant Secretary of the US Treasury and Associate Editor of the Wall Street Journal. Roberts’ How the Economy Was Lost is now available from CounterPunch in electronic format. His latest book is How America Was Lost.