Pot is power hungry: why the marijuana industry’s energy footprint is growing

Marijuana might look and smell natural, but its ecological footprint is anything but green. Pot is power hungry. 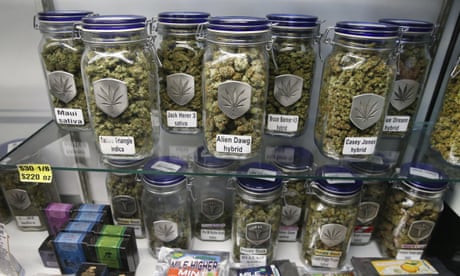 As many as 10 states could legalize recreational marijuana this year, which means the resultant electricity consumption could cause problems for public utilities and city officials.

A study by scientist Evan Mills, with the Lawrence Berkeley National Laboratory, revealed that legalized indoor marijuana-growing operations account for 1% of total electricity use in the US, at a cost of $6bn per year. Annually, such consumption produces 15m tons of greenhouse gas emissions (CO2), equal to that of three million average cars.

Cannabis growers are moving slowly toward energy efficient practices, largely out of fear for how changes might affect the quality of their product.

“They approach these things with a great deal of caution, especially when you talk about things that have a crop-wide effect,” said Ron Flax, sustainability examiner for Boulder County, Colorado.

“Each crop cycle has a lot of dollars associated with it, so they’re really hesitant to try something new and hope it works.”

Flax said electricity represented roughly 20% of the total cost of a cannabis operation.

In Boulder County during the second quarter of 2015, a 5,000 square foot indoor cannabis facility was eating about 29,000 kilowatt hours (kWh) of electricity monthly. A local household in the county was consuming about 630kWh.

Given cannabis’ appetite for energy – coupled with Colorado’s mostly coal-fired power plants – Boulder County has required commercial cannabis growers to either offset their electricity use with renewable energy, or pay a 2c charge per kWh.

The fees accrued go towards the Energy Impact Offset Fund, which is used to educate and finance sustainable cannabis cultivation in the county, such as installing energy monitors at grow facilities.

But this has also kept energy efficient technologies from budding. Even after legalization in Colorado, new grow operations largely resemble underground operations. Investors have been hesitant to jump onboard.

“But it’s shifting,” said Flax, “as lots of energy professionals and knowledgeable product manufactures are entering the marketplace.”

Data centers, for example, have similar high-intensity energy profiles. Flax said some experts are moving into the weed sector, to profit from crossover technologies.

‘Some have created dangerous situations’ 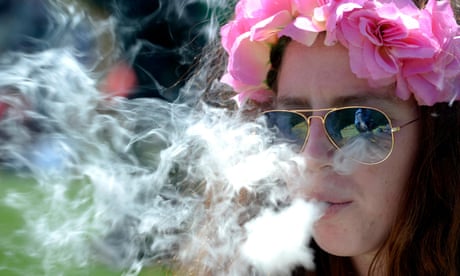 In other states where the recreation market has taken off, cannabis production is having a similar effect.

According to a report by the Northwest Power and Conservation Council in Oregon – where recreational marijuana has been legal since 2014 – an indoor grow system for only four plants sucks up as much energy as 29 refrigerators.

The report also estimated that the emerging market could warrant the electricity demands of a small city in the next 20 years.

“We don’t track the numbers specifically related to cannabis producers, but some have created dangerous situations by overloading existing equipment,” said Steven Corson, a PGE spokesman.

Customers of PGE and other Oregon utilities are directed to the Energy Trust of Oregon (ETO), which offers cash incentives and technical services to marijuana businesses looking to save energy and reduce costs.

“For a few lighting projects we’re helping medical marijuana growers complete, the cash incentives range from $15,000 to $80,000, depending on the size of the lighting system,” said Alex Bartini, industrial senior program manager for ETO.

Oregon, like Colorado, has no statewide energy efficiency regulations or rules that are specific to growing marijuana.

“We are in the learning stages, as is much of the industry, on where and how marijuana growing operations can reduce energy consumption,” said Bartini.

In Washington state, which legalized recreational cannabis in 2012, rewards programs are cropping up.