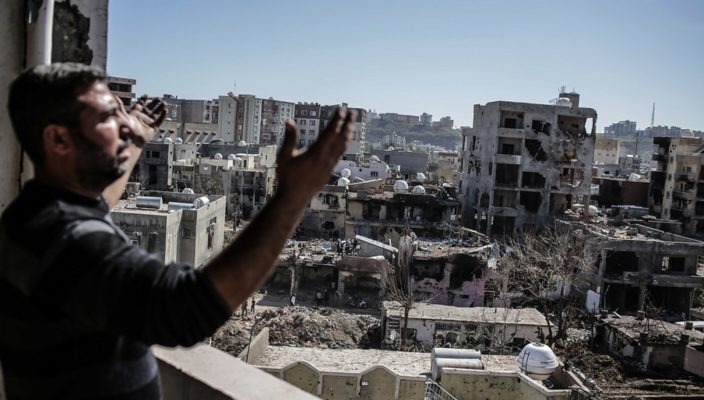 Poem in November. In memory of Tahir Elçi & Sergio Finardi

In memory of  Tahir Elçi

(assassinated November 28, 2015 in Diyarbakir,  on the banks of the Tigris River, southeastern Turkey)

Tahir Elçi (1966 – 28 November, 2015), Kurdish Lawyer and Human Rights defender was shot dead at the Sheikh Matar Mosque in Diyarbakir, Northern Kurdistan, whilst calling for an end to violence in south-east Turkey. “The situation is very bad, but I’m afraid that it will be worse,” Elçi said in one of his last interviews.  He was appealing for a return to peace talks between the Turkish Government in Ankara and the militant Kurdistan Workers Party (PKK). Tahir Elçi had been detained several times and received death threats after saying the banned PKK should not be regarded as a terrorist organization. Likewise he was critical of some of the actions of the PKK which he felt guaranteed that the conflict could only continue to escalate. While no one has been charged with his murder, the Peoples’ Democratic Party (HDP) called the shooting a “planned assassination,” and  his brother, Ahmet Elçi was quoted as saying that his brother was “murdered by the state.” Selahattin Demirtaş, the HDP leader also claimed in his interview that according to their investigators, the bullet which killed Tahir Elçi was fired by a Turkish police officer.  By the day of his funeral, “a police officer had already tweeted “You are next” to Tahir’s wife, Türkan Elçi…” Amnesty International reported on the 30 November, 2015. Tajir Elci, Human Rights defender, was assassinated in Diyarabakir this week in 2015. 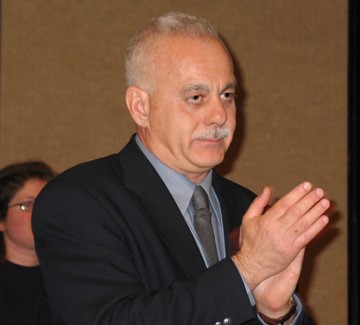 Sergio Finardi (1950 – 2015), died on the 2nd of December, 2015 in Chicago – where he had lived for many years – the investigative journalist and researcher passed away following a short illness.

Sergio was the founder of TransArms, author of numerous articles and essays with specific focus on the concern of the arms trade, of which he had become one of the world’s leading experts. Born in Cremona, northern Italy, in 1950, he grew up at the height of the student protests. He graduated in Milan with a thesis on Northern European social democracy. Thanks to a scholarship from Stockholm University he studied the historical-political experience of Swedish socialism which he then described in the book ‘The Swedish New Deal’ (1982). Close to the working class and the labour movement, he joined the PCI (Partito Comunista Italiano) and collaborated with CESPI, the Centre for State Reform of Rome, collaborating with the magazines “Rinascita” and “Laboratorio Politico”.

He moved to the United Starss in 1994, where he became a founder and tireless advocate of TransArms, an independent research center into the arms trade and defense logistics, as well as a consultant for the United Nations and Amnesty International, contributing important research to a series of AI’s reports, from 2005 to his death.

Conflicts he investigated extended from eastern Congo and Rwanda (2005), Darfur (2007), Israel and the Gaza Strip (2009), Yemen and Somalia (2010), Iraq, Libya and Syria, as well as the network cover that upheld the “secret flights” in “extraordinary renditions” (2006); this same research was often used to write leading articles published in the left-wing Italian newspaper ‘il manifesto’.

i would go away:

i would go away from the hurt of her

i would go away from the loss

i would go away from the dreams

i would go away from this war

i would get away from this peace

i would go away on my own

i would go away singly and bury my dreams

i would go away in our multitudes

grieving this lonely man i know

with his life in bandages,

i would go away with a song and a prayer

for a life not worth living,

and these bones trapped in between.

i would go away from this city

and these towns and their streets

and these grim faced pedestrians

with neither sorrow nor joy.

i would leave all ghosts and all gods

with their shrines and altars

with their priests  and their doctors

and their maps that lead nowhere,

i would go away and rest in a house

where the heart stops aching

and the wound heals,

where each small sparrow is fed

and hunger is a myth

and the nightmare has awoken

and the rain falls only in surprise.

i would be gone.

and stay away, far away, as if

i had never been here

never got sick and never weary,

i would get the fuck out of here,

i would leave it all behind

all the pain of it, the simple suffering of it,

the darkness at daybreak

the hospitals and endless funerals

the doorways with their drunken departures

their coming and going with no return,

the shopkeepers and tinkers with their stories

the girls in their lust and their longing

the boys with their secret pain

away from it all

once and for ever.

i would slip out the door unnoticed

i would go out the back when the room

is filled with talk and cigarette smoke

i would leave before dawn with

through tunnels carved in a mind

i would go underground

or a country road filled with refugees

and glad so and glad to be gone

with or without this song

or anyone to miss me

or anyone to grieve me,

i would slip past the sentries

beneath the barbed wire

beyond books and wars

and our lost revolution,

just past this catastrophe now turning the corner

i would be gone,

or a heretic burned at the stake

for once and for all.

or swearing at the postman or the neighbours

or these prison warders who guard my cell day and night,

simply and without remorse

do you hear me?

i would steal away

as if a bible rested beneath my head

and with your picture on my breast,

i would go, i would disappear,

a third, tender in their unnamed skeleton

once, now, in an instant and for all time

even if time turned backwards

and all the dead came out of the ground

for i would have left

once and for all

left all the hurt and the heartbreak

the aching and the longing

the sorrow and the ecstasy, i’d be gone

never to darken your door again

never to hear your whisper

tearing my soul from its sleep

tearing the heart from its chest

tearing this body in shreds

if only for the simple sake of it

if only for the hell of it

if only to drink this cup to its dregs

if only to bring freedom to the house of a slave

if only to heal all the grief in the world

if only to bury all gods in their woeful complexity

if only to free the politician from their lies

the banker from his profit

the righteous from their sorrow

all lovers, from their loss

i would flee this house

i would never be seen again

i would cease to exist, endure, suffer,

all the angels in heaven would know i’m gone

the small dog would cease missing me

the small birds would fly away

i would have gone

i would have left,

i would abandon this dead-end called desolation

this country without a flag, this calamity,

its government and hangmen, these casualties,

our proletariat,  all this destitution

then i would go away again

only now to be neither master nor slave

In this hell, in our unwritten history, here, at this conjuncture,

this contradiction among the workers,

on this street of the sniper, in this hospital

in this place where we are all dying

the light separated from darkness,

and i would look over all the loss

and the love and the hardship of it all,

the friends dying on the floor

these comrades shot on the street

the ones dying of despair

the others of desperation,

the helplessness of children

the cruelty of these young men marching to war

all the longing, dreaming, aching and undoing

i would look at it all

because of our dream,

because of my dream, and your dream,

because of our clandestine, collective and democratic dream,

in my heart and in my soul,

and with this fire of our bellies

and bigger than our broken minds

and more deadly than disease or death or famine

or these lies we tell each other

daily by the hour and by the century

as of history had no destination

and our pain no end:

in your hour of