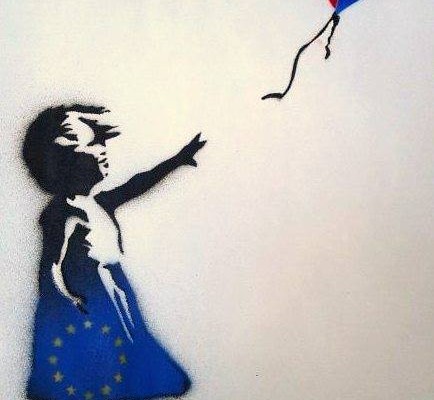 Brexit deal collapses as DUP say no to soft border

Plans to seal a critical deal to advance negotiations on Britain’s
departure from the EU ended in farce this afternoon when a last minute
phone call from the DUP appeared to cause the British Prime Minister
Theresa May to pull out at the last minute.

Negotiations are set to continue after May and EU negotiator Jean-Claude
Juncker made joint statements pointing to outstanding issues and
expressed hoe for future talks.

It had been widely reported this morning that a deal had been struck.
Plans to issue joint statements to welcome the breakthrough were
timetabled for Brussels.  In Dublin, Taoiseach Leo Varadkar had an
outdoor podium prepared for the announcement of what appeared to be
positive developments.

The reports appeared to confirm a breakthrough was near which would
prevent a remilitarisation of the border between the Irish and British
jurisdictions in Ireland.  Brexit and a hard border are strongly opposed
in both parts of Ireland.

The planned compromise had variously involved Britain agreeing to
“regulatory alignment,” or alternatively “no divergence”, in customs and
trade practices between the North and South of Ireland after Brexit, and
specifically referred to honouring the Good Friday Agreement.

The Irish Tanaiste Simon Coveney, claimed the Dublin government was “in
a much better place than we have been at any point in the Brexit
negotiations”.

However, a statement from the hardline unionist DUP, followed by a
lunchtime telephone exchange between Theresa May and DUP leader Arlene
Foster, appeared to instantly scupper the plan.

At the press conference in Brussels, European Commission president
Jean-Claude Juncker said Ms May was a tough negotiator who had defended
the British point of view, and “despite best efforts it was not possible
to reach a complete agreement today”.

“We stand ready to resume the negotiations”, he said, adding “I have to
say we are narrowing our positions. I’m still confident that we can
reach sufficient progress before the European Council [meets] on 15th of
December.”

Ms May said the sides have had a constructive meeting, and that “it is
clear that we want to move forward together”. She said there would be
further negotiation and consultation. “We will reconvene before the end
of the week. We will conclude this positively.”

It is understood she will now hold direct talks with the DUP, whose
support underpins her minority government at Westminster.

Earlier today, DUP leader Arlene Foster had said: “Northern Ireland must
leave the EU on the same terms as the rest of the UK.

“We will not accept any form of regulatory divergence which separates
Northern Ireland economically or politically from the rest of the United
Kingdom. ”

In a statement, her party also accused the Dublin government of seeking
to “unilaterally change” the Good Friday Agreement “without our input or
consent”, even though the DUP has itself always refused to endorse the
1998 peace deal.

Speaking on BBC radio, DUP MP Sammy Wilson insisted the British
government had assured them that Britain and the north of Ireland would
leave the EU together.

He also warned the DUP could use its veto at the Stormont Assembly in
Belfast to prevent the implementation of any deal, even though the
devolved power-sharing institutions collapsed in January.

It is “impossible to guarantee convergence as many powers rest with
Stormont”, he insisted.

In a statement, Sinn Fein Deputy Leader Mary Lou McDonald TD said it was
absolutely critical for the future of the island of Ireland that the
negotiations succeed.

She said that the north of Ireland must remain within the EU, including
the Customs Union and the Single Market, as it is the only guarantee of
stability and certainty that would deliver the full protection of the
Good Friday Agreement.

“Sinn Fein are in close contact with the Irish and British governments,
and are engaged at EU level. Earlier, I met with An Taoiseach Leo
Varadkar.

“Sinn Fein have said from the beginning of this process that what is
required is a Designated Special Status for the north within the
European Union. The north, after all, voted to remain within the EU.
That mandate must be respected and acted upon.

“This means the north must remain within the EU, including the Customs
Union and the Single Market. That is the only guarantee of stability and
certainty that will deliver the full protection of the Good Friday
Agreement in all its parts; including Irish citizenship and therefore
the benefits of EU citizenship.

“This is a common sense, practical, and achievable proposal and, despite
the claims of the DUP, it will not change the constitutional position of
the north.”