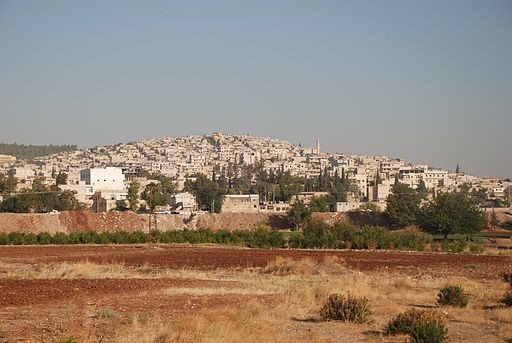 AFRIN: Interview with Sozdar Avesta  of The KCK

“From now on, our people should force institutions to take a stand and put their stance forth clearly, and create public opinion. The people of Afrin are suffering tyranny. There should be no silence.”   Sozdar Avesta.

Presidential Council Member Sozdar Avesta answered Delîla Axîn’s questions in a special broadcast on Çira TV, the  a nonprofit Yezidi satellite channel based in Germany. ANF News published the transcription of the interview on Saturday, 3 Feb 2018.

What is the reason the Turkish state is attacking Afrin in particular?

The AKP-MHP fascist coalition declared war against the Kurdish people once more in 2015. When they failed to achieve the success they desired in Northern Kurdistan, they started attacking Rojava Kurdistan. The attack against Afrin is against all the gains made by the Kurdish people. Moreover, it is an attack against all peoples, faiths and values in the person of the Kurdish people, against all women seeking freedom, and so against humanity. They want to destroy the gains of our peoples who are striving to build a free life on the basis of their own will and self defense and continue with their fascist system.

They aim to break the will of all peoples with their dream of an Ottoman empire.

They have been attacking for 14 days with all their might. Considering the (power of the) Turkish army, will Afrin prevail?

The Turkish state made all their preparations in and outside the country before they attacked Afrin, and they thought they could invade the whole area after intense bombings. The Turkish state said they would enter Afrin in 3 hours, but they have been dropping bombs for the last 14 days. Against the Erdoğan and MHP dictatorship, the winners have been the YPG, YPJ, SDF and the people of Afrin. Because Afrin has a patriotic stance loyal to the land and the values that can sacrifice itself for its values. The unavoidable end for the RTE dictatorship against a people who resist with their self organization, self will and self defense will be defeat.

YPJ Commander Avesta Xabûr carried out a sacrifice action* in the first days of the attack. How should this be understood?

With her, a new era kicked off. Avesta Xabûr is the proof of the RTE dictatorship’s defeat with her action. She also gave a message to all peoples that they shouldn’t abandon their positions and that they can prevail through resistance. She said we shouldn’t have expectations from anybody, whatever happens, we should be a response to them with a bomb. With her stance and action, she showed all women the line of resistance. And her message has been received. Today, thousands of young people are turning towards Afrin.

One of the reasons Erdoğan is attacking Afrin is to avenge ISIS. He can’t stomach the defeat of ISIS in Raqqa, Shengal and Mosul and their entrapment in Deir ez-Zor. He thinks, “If you won’t let ISIS succeed, I will attack you, I will trample your homes and your sacred and historic sites.” Erdoğan wants to accomplish what ISIS failed to do.

This needs to be stressed, Erdoğan and his gangs under various names were defeated in Kobanê, and they won’t prevail in Afrin. On the contrary, it will be the defeat of his fascist mindset and the end of his sultanate.

Why are the international powers so reserved, in the role of a spectator, or even partially supporting Erdoğan?

As the Kurdish Freedom Movement, we know the international powers well. The February 15 International Conspiracy is right there in our recent history. The freedom fighters have resisted with their will and their faith in freedom, as always. The stance and the faith with which the likes of Arîn Mîrkan resisted should not be forgotten. Our people fought for the return of their usurped rights, and they didn’t ask permission from anyone nor did they place their trust in anyone. Nation states look at their economic interests and their relationship with each other, the rightfulness and the legitimacy of the peoples’ struggles are not enough for them. That is why they act out the practice of the “3 monkeys”.

Afrin is supported by the peoples of Kurdistan and the part of humanity who believe in their rightfulness, these groups carry out various demonstrations and events. Are they enough?

It is deeply meaningful that the peoples are identifying with Afrin. I salute all our people who flocked to the streets in particular. Their stance was a patriotic stance. The ring of peoples formed around the people of Afrin is very meaningful, but this needs to turn into something permanent and continuous. I salute our people who flocked to the streets in tens of thousands in Europe. From now on, our people should force institutions to take a stand and put their stance forth clearly, and create public opinion. The people of Afrin are suffering tyranny. There should be no silence.

There are also intense attacks against the Êzidîs and their villages in Afrin. Is this a continuation of the 73rd genocide by ISIS? 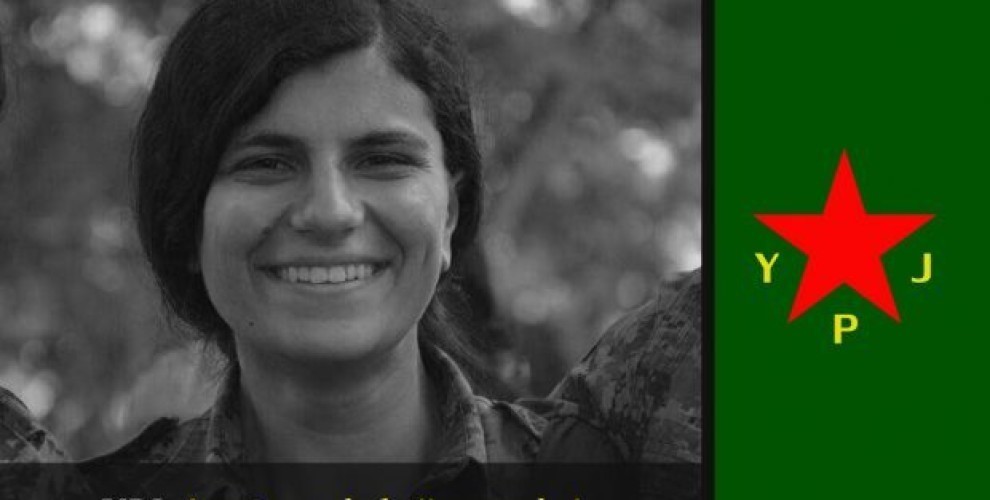 A statement about the martyrdom of Zuluh Hemo (nom de guerre Avesta Habur) who detonated the bombs wrapped around her body near a Turkish tank in Hemame village in Afrin, 27 January 2018,  as result of which several Turkish soldiers were killed and the tank was destroyed.

“On the 8th day of the invasion, January 27, the Turkish army and its affiliated Jihadists attacked the village of Hemam, of the Cindirêsê district. Their attack was counteracted by our fighters. A YPJ fighter, Avêsta Xabûr, empowered by the will she inherited from her comrades such as Jînda, Newal and Silav and following on the path of Arîn Mîrkan and Rêvana Kobanê, attacked with her grenades a Turkish tank which was trying to entre Hemam village. As such she exploded her body and destroyed the tank.

A girl form Kurmênc Mountain, Avêsta Xabûr (Zalûx Hemo) was from a patriotic family from the village of Baliya of Bilbilê district. She was brought up with the philosophy of loving freedom and her homeland. With this action, she made good on her promise of defending her people and their achievement. She reached the point of martyrdom and joined the caravan of the martyrs.”