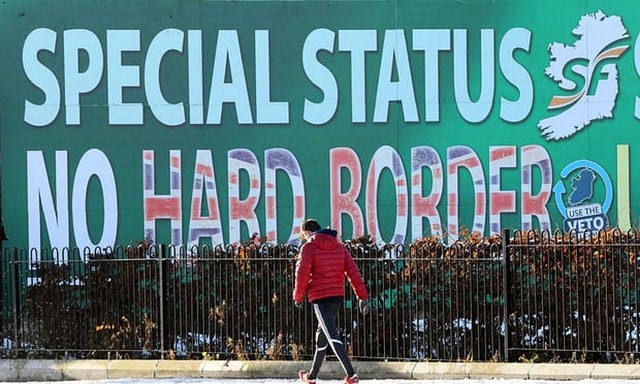 “Theresa May is desperately clinging to power, relying on the DUP, the hard-right party that has blocked same-sex marriage, and kept abortion illegal…Worse still, they’re bankrolled by dark money – we’ve exposed the shady group behind their lavish pro-Brexit campaigning, but they’re still refusing to name their secret donors. Now they hold the balance of power at Westminster, it’s even more vital that we find out who their paymasters are.” openDemocracyUK

What this now means is that details of a controversial £435,000 donation during the 2016 EU referendum campaign to Northern Ireland’s Democratic Unionist Party’s Brexit campaign fund will remain a secret despite a campaign to extend the new rules back as far as 2014 and so shed light on the mysterious political donation.

The controversial £435,000  to the DUP’s Brexit campaign, called “the ‘dark money’ that bankrolled Brexit”     was apparently spent on lavish pro-Leave campaigning in the weeks before the British referendum, and despite attempts at clarification as to its donors, other than it came    “from a group of pro-union business people called the Constitutional Research Council (CRC)”.

The new rules (in the form of a statutory order providing for greater transparency on party funding) ushered through the House of Commons on the 7th by a vote of 308 to 261 votes compels Northern Ireland parties to publish all donations and loans over £7,500 from July 1, 2017.

Mrs Long,  who secured the original law that paved the way for transparency, said the decision meant allegations of “corruption and cronyism” would keep poisoning public confidence in politics.”

Theresa May’s conservative government depends on support from the DUP’s 10 MPs at Westminster to survive.

On June 8, 2017 Britain’s governing Conservative Party narrowly won the general election, yet losing its majority resulted in the formation of a minority government which left Prime Minister Teresa May dependent on the support of Northern Ireland’s Democratic Unionist Party (DUP) to govern. This came about following a series of negotiations between the Conservatives and the DUP:

“However, perhaps the most explosive aspect of the deal, in domestic political terms, pertains to the additional £1 billion “cash for votes” agreement. This will see extra money flow to Northern Ireland over the next two years. In effect, Theresa May’s government has spent £100 million of taxpayers’ money for the support of each of the ten DUP MPs at Westminster.”

Alliance Party of Northern Ireland leader since 2016, Naomi Long, a member of the North’s Legislative Assembly (MLA) for Belfast East:

“The MPs who voted to keep things secret will have to explain their actions to the public who have little faith in politics to act for the greater good, rather than personal or party interest.”

“It makes a mockery of the notion of transparency that the Tories performed this sleight of hand, apparently in order to provide cover for their friends in the DUP…People are rightly questioning what kind of deals some of the Northern Ireland parties may have buried and why the UK Government is providing cover for them….The people of Northern Ireland urgently need to know who exactly could be working behind the scenes to influence our politicians.”

Turn you off what goes for  politics and politicians at the moment?

IRELAND: Why is Theresa May protecting the DUP’s dirty little (Brexit) secret?

openDemocracy, Why we need help on the DUP’s #darkmoney

Who are the DUP? – BBC Newsnight