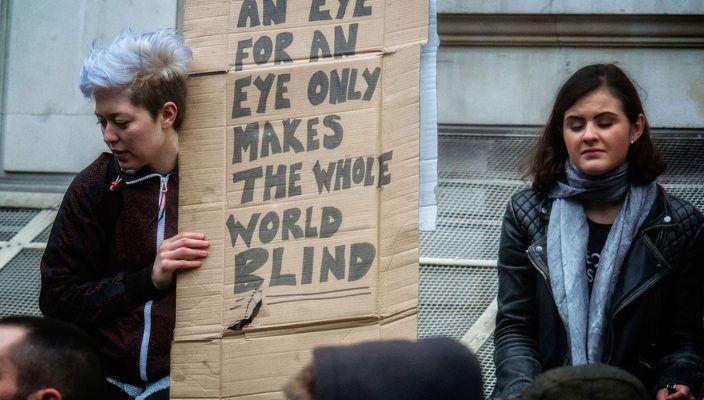 Over 400,000 people have died in Syria and across the region since 2011. Continued bombing has only worsened the situation

DiEM25 strongly condemns last night’s US-led strikes in Syria. We condemn bombing as a cowardly, ineffectual move that will most certainly make the situation in Syria worse, not better. If chemical weapons were used by the Assad regime, the West’s bombs will not help the victims, nor avert further use of misanthropic weapons and methods by Assad or other combatants in Syria.

“But we must do something, mustn’t we?”, cry out the Establishment – like they cried out in 2003 when supporting the invasion of Iraq – which led to Syria’s tragedy.

DiEM25 does believe that we must do something. But first we must recall that:

DiEM25 believes that, at long last, the West must do the right thing by the people of Syria and other countries ravaged by the repercussions of Western imperialism:

Last night’s bombing was a hideous substitute for doing the right thing by the people of Syria.

DiEM25 believes that if we want to ease the suffering of the Syrian people, European democrats must first confront our governments’ tendency to embrace militarism.

Photos taken at the Stop the War protest at Whitehall in London.

By Garry Knight from London, England (Don’t Bomb Syria – An Eye for an Eye) [CC BY 2.0 (https://creativecommons.org/licenses/by/2.0)], via Wikimedia Commons