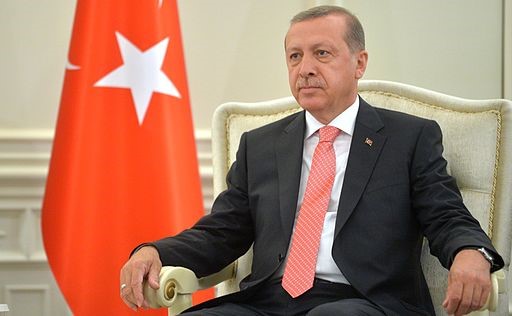 On Friday, the Turkish government announced yet another illegal incursion into a neighboring country. This time the target isn’t Syria but Iraq, more specifically, the headquarters of the Kurdistan Workers Party (PKK) – a group deemed terrorists by Turkey, the European Union, and the US – in the northern Qandil Mountains.

According to remarks made by Turkish Prime Minister Binali Yildirim on Friday, Turkey is already prepared to launch this operation and that the military has already “been positioned some 30 km into northern Iraq, working to prevent infiltrations and terror activities there.” Much like the operations in Syria, Yildrim says Turkey is again only doing what is necessary for “border security.”

Unlike Turkey’s Syria campaigns, Yildrim did say that this time Iraq (and their ally Iran) would not oppose a larger Turkish presence as long as the focus is the PKK since “the PKK harms everyone.” According to Ankara, since this villainy of the PKK is an undisputed fact, this justifies their operation to smash the base of operations from which the group launches international attacks and “provocations and traps.”

It is likely that if this operation goes forward it will be as bloody as Operation Olive Branch in northern Syria as Yildrim seemed to acknowledge, saying:

“We will show no hesitation here until these elements are neutralized, Every option [for Qandil] is on the table.”

Despite what Yildrim says, Iraq may not be comfortable with this kind of bloodshed and Turkish military occupation on their territory. For one thing, Baghdad has already had previous standoffs with Ankara over their incursions into northern Iraq, with the last one ending in early 2017 after the Turks withdrew following an ultimatum from the Iraqi government. On top of that, it isn’t hard for Iraq to look at Turkish operations in Syria to see that Ankara may not be sincere in saying the scope of their operation would be limited to the PKK.

If Turkey were to begin acting like they have been recently in Syria, not only would the local population face extreme violence but if Ankara follows the model they have since their first Syria operation, there may be a reason to worry. This first operation, Euphrates Shield, cleared areas in the north of the Aleppo governate in Syria which is now policed by Turkish trained forces, has Turkish post offices and government gets mail via Turkish post offices and has Turkish universities opening campuses.

Another factor Iraq will likely consider is that Turkey will likely be bringing some friends with them in the form of the reserves of the “Free Syrian Army” fighting in northern Syria. These Turkish-backed factions of the FSA are primarily composed of fighters that are incredibly difficult to discern from members of the Islamic State (and some of them are). Many of these FSA cells are also led by Al Qaeda linked fighters (who are being integrated into mainstream Turkish politics as well).

Bringing these kinds of allies along is likely to cause more trouble in Iraq since the country just spent years fighting takfiris and the area where the PKK operates is also occupied by the fighters of Iranian-backed Popular Mobilization Units (PMUs).

All of these factors have seemingly already come under consideration by Iraqi Prime Minister Haider al-Abadi who has said that Iraqi security forces would be more than happy to work with Ankara to prevent PKK attacks in Turkey but asked that his neighbors still “respect Iraqi sovereignty.” Abadi’s other comments on the matter also seemed to indicate he has some suspicions on the timing other the Turkish campaign, saying:

“We will not accept an assault on Iraqi sovereignty even if it is a Turkish electoral campaign.”

The second part of Abadi’s statement is important to consider since Turkish elections kicked off a day before this operation was announced. Initially, when this snap election was called in April, Turkish President Recep Erdogan and his Justice and Development Party (AKP) were riding high on a wave of support for Operation Olive Branch.

Now that the fighting in Afrin has seemingly come to a standstill and the Turks have agreed to occupy northern Syria with the US (who most Turks also don’t trust) the Afrin operation can’t really be used to secure votes in the election. For a moment after that, it seemed Erdogan was likely banking on his vocal opposition to Israel’s latest attacks on Gaza for more of Turkey’s nationalist and religious vote but he still said there would be no changes in Turkey’s relationship with Israel until after the elections – but his party already voted in Parliament to maintain the current state of affairs with Tel Aviv. The Turkish economy has also gone to the dogs in the past several weeks, a turn of events Erdogan was no doubt hoping to hold back until after the election, but has been exacerbated by his own actions.

Without Afrin and Israel to hammer on during the election season, it seems Erdogan has decided to increase his operations in Iraq – Turkey already regularly bombs the country – to renew nationalist fervor and anti-Kurdish sentiments at home to aid his attempt to retain the presidency. The opposition in Turkey has surprised many observers and gotten their act together and now it seems the Turkish elections may go to a second round where Erdogan may face a legitimate challenge and will likely need every political prop he can get.