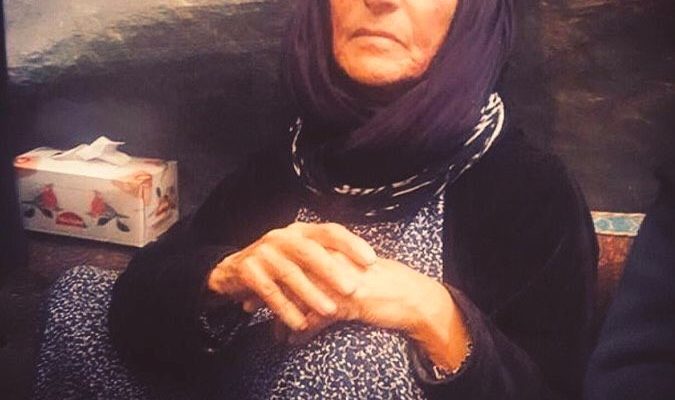 “#IRAN, ARE YOU LISTENING?” (2) Mother of Ramin Hossein Panahi calls for help to save her son

“I was transferred to Rajaei Shahr prison for execution…I was told that my execution would be carried out soon.” (Ramin Hossein Panahi)

“I was transferred to Rajaei Shahr prison for execution…I was told that my execution would be carried out soon.” (Ramin Hossein Panahi)

“I came to Teheran to see my son Ramin Hussein Panahi. His condition is very bad, they even make him pay for water in prison. They have prepared him for execution. Please help us please. We are poor people, help us, please….Please help my son, Ramin.” (Sharifa Zarini, the mother of Ramin Hossein Panahi)

In the ongoing and long-drawn-out torment of Kurdish activist Ramin Hossein  Panahi, who has now spent months on death row awaiting execution by the Iranian regime for a “crime” he strongly denies, matters appear to have taken a step for the worse following his removal from his prison cell in Sanandaj to Karaj, ostensibly to facilitate his execution in a prison near Tehran with less likelihood of the protests that are expected to follow.

Arrested in June 2017, Ramin has been on death row since January of this year, allegedly for “taking up arms against the state”. The Kurdish activist denies all charges against him.

On August 14, Amjad Hossein Panahi, Ramin’s brother, tweeted that Ramin was transferred from Sanandaj to Rajaei Shahr prison in Karaj.

Despite many calls for his case to be reviewed, including one from the UN Human Rights Office (OHCHR) as well as Amnesty International’s Philip Luther, Research and Advocacy Director for the Middle East and North Africa, who said:

“Ramin Hossein Panahi’s case has been a breathtaking miscarriage of justice from start to finish. After appearing at his trial reportedly bearing torture marks on his body he was convicted in less than an hour…

We urge the Iranian authorities not to compound this shocking catalogue of human rights violations by proceeding with what is the ultimate and irreversible denial of human rights. Ramin Hossein Panahi’s death sentence must be quashed now before it’s too late.”

After a number of postponements concern for his life has grown significantly since late July when 10 Iranian Revolutionary Guards were killed in early morning clashes in Mariwan, Kurdistan province in an attack claimed by the Kurdistan Free Life Party – PJAK (Partiya Jiyana Azad a Kurdistanê‎ – Kurdish).  Fear now is that the Islamic regime will carry through on its threat any day soon, partly in retaliation or as a means of reasserting control.

Confronted by this, in recent days Ramin’s mother, Sharifa Zarini has made an impassioned plea to the world, on video, to help save her son:

“I came to Teheran to see my son Ramin Hussein Panahi. His condition is very bad, they even make him pay for water in prison. They have prepared him for execution. Please help us please. We are poor people, help us, please. Even his lawyers haven’t followed his case well. His hair and beard have turned white. I spent 20,000 rials while I was in Kurdistan (province). I have spent 40,000 rials in a week. I don’t have money. Please help my son, Ramin.”

“Kurdish political prisoner Ramin Hossein Panahi is living in poor conditions in an Iranian jail, his mother said….Footage sent to NRT on Tuesday (August 21) shows Ramin’s mother saying that she has met her son Ramin in prison. ‘Ramin lives in a dire condition and the Iranian government wants to execute him,’ his mother said.

The Kurdish political prisoner spoke by phone with his family in the last few days saying “I was transferred to Rajaei Shahr prison for execution…I was told that my execution would be carried out soon.”

…Are you listening, Iran?

Once again, acknowledging serious local and international concerns over the trial of this young Kurdish activist, what else can be added to the many and ongoing calls for compassion and mercy (as well as justice) other than: Are you listening, Iran?

…And, again and again…

…the whole world is crying out for justice for Ramin Hossein Panahi… Do you hear it, Iran?

Are you listening, Iran? Stop the execution of Ramin Hossein Panahi!

The world is waiting…