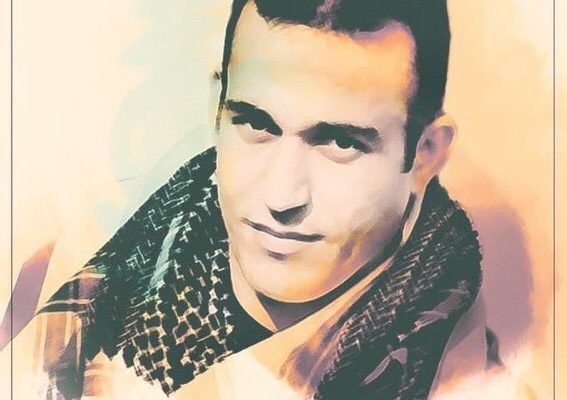 The Centre for Human Rights in Iran has issued a statement (September 10) calling the execution of Kurdish activist Ramin Hossein Panahi and the two other Kurdish prisoners “unlawful and unjust.”

“All three cases rife with denial of due process and evidence of torture and forced confessions,” CHRI said

Ramin, 22 years old, and the two other Kurdish prisoners, Zanyar Moradi (29) and Loghman Moradi (31) were executed by hanging early on Saturday 8th September, despite local and international calls that their lives be spared; including calls by UN Special Rapporteur on arbitrary executions Agnes Callamard and the UN Special rapporteur on human rights in Iran Javaid Rehman, “who had asked the authorities in Iran to “immediately halt” these executions and annul all three death sentences due to credible concerns that they did not receive a fair trial and that they had been tortured into making false confessions”.

“The three men were being held at Rajaee Shahr Prison in Karaj, 32 miles west of Tehran, but the executions took place in the capital, according to the statement by the Tehran Prosecutor’s office that was carried by Iran’s official news agency, IRNA.”

This followed concerns by the Iranian regime at expected protests in the Kurdistan region.

“September 10, 2018—Iran’s execution of three Kurdish prisoners, Ramin Hossein Panahi (22), Zanyar Moradi (29) and Loghman Moradi (31) at dawn on September 8, 2018, despite serious concerns regarding the use of torture, forced confessions and denials of access to counsel, represents a horrific violation of law and the right to life, the Center for Human Rights in Iran (CHRI) said in a statement today.”

“The Iranian judiciary operates outside the law with impunity…Iran’s hanging of men who have been denied counsel and tortured into making so-called confessions is tantamount to murder.”

Reports from Iran show that a disproportionate number of Iran’s many executions are directed at its Kurdish population, while recent opposition activity in the Kurdish region, including a number of deaths among Iran’s Revolutionary Guards (IRGC) had caused concern that the regime would retaliate by executing a number of Kurdish prisoners.

This appears now to be the case:

“The security situation in the Kurdistan region has been very tense because of the armed confrontation with PJAK and the deaths of border guardsmen,” a source close to the family told CHRI on July 31.

“The Islamic Republic usually tries to impose calm by carrying out executions, and for the past few weeks, some sites run by the IRGC and the Intelligence Ministry have been publishing articles every day in order to justify Ramin’s death sentence. It seems they are trying to prepare public opinion for his execution…”

Iran has long been criticised by Human Rights bodies as having one of the world’s highest per capita execution rates.

In addition, the Centre for Human Rights in Iran notes:

Death sentences are carried out despite prosecutions that lack due process…

All of which applied in the cases of these three young men – Ramin Hossein Panahi (22), Zanyar Moradi (29) and Loghman Moradi (31) – September 8, 2018, whose lives have been forfeit to an incredible deficit of justuice and human compassion in Iran.

“We call on the international community to strongly condemn these executions and urge the Iranian authorities to respect their obligations under international law. The Iranian authorities must take steps to ensure that everyone has a fair trial, that torture and other ill-treatment are absolutely prohibited, and that the practice of forced ‘confessions’ is stopped once and for all.”

“They must also immediately impose an official moratorium on executions with a view to abolishing the death penalty.” Amnesty International added.

Meanwhile, CHRI tells us  “Amjad Hossein Panahi informed CHRI that his brother Ramin was executed without saying goodbye to his family and was buried in secret.”

Once again, shame on you #Iran…

Centre for Human Rights in Iran