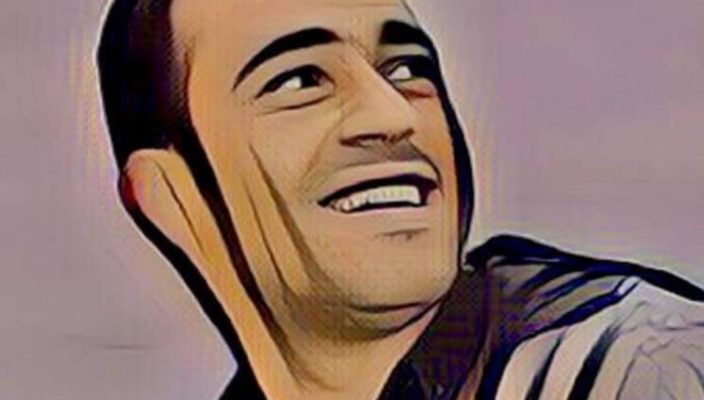 Early Saturday morning, this 8 September 2018, the long wait regarding the life of Iranian Kurd, Ramin Hossein Panahi, came to an end

Early Saturday morning, this 8 September 2018, the long wait regarding the life of Iranian Kurd, Ramin Hossein Panahi, came to an end.

A number of sources including the young man’s family posted the news, early this morning, that the regime of the mullahs had finally carried out its threat and executed the Kurdish activist.

ANF News also posted that they were awaiting confirmation on the execution of two other Kurds who were on ‘death row’ with Ramin:

“Fear is growing for two other Kurdish political prisoners, Zanyar Muradi and Luqman Muradi, who have been detained since 2009 in Iran. It is believed the cousins could be executed at any time on Saturday.”

It was later confirmed that both of these had also been executed.

A dark day, indeed – for these three families, for Kurdistan and for human rights and the “right to life” – in Iran.

Ramin Hossein Panahi was a member of the Kurdish opposition Komala organisation. He was arrested in June 2017 following an attack by Iran’s revolutionary guards (Islamic Revolutionary Guard Corps (IRGC) of Iran) that left 3 other Kurds dead and he was sentenced to death in January 2018. In May this year, following a temporary stay of execution, Iran’s Supreme Court rejected an appeal to spare his life.

The charges against him by the regime were vigorously rejected by Panahi’s lawyer, Hossein Ahmadi Niaz:

“My client was never armed. When he and his companions entered into the country, they were being watched by the IRGC forces who later shot and arrested them. According to the statement by the Kurdistan Judiciary, Ramin’s relatives immediately lost their life and Ramin, seated in the back of the vehicle (Pride), was immediately wounded and became unconscious. Nobody can engage in an armed conflict while unconscious! Per the official statement of the IRGC and its news, none of the IRGC officials were injured in this incident, which shows that the IRGC agents had been prepared for an armed conflict. Secondly, Ramin neither held a gun nor shot anybody. He was not involved in the armed dispute.”

While the long wait continued, in particular since the ending of Ramadan, it was hoped that the international campaign to stop this cruel and unjust sentence would bear fruit.

Amnesty International criticised the trial as being “grossly unfair”:

“Ramin Hossein Panahi, a 22-year-old man from Iran’s Kurdish minority, was convicted and sentenced to death after a grossly unfair trial on 16 January that lasted less than an hour. His family told Amnesty International that he appeared before the Revolutionary Court in Sanandaj with torture marks on his body, but that the court failed to order an investigation into his claims that he had been forced to “confess” to the crime. According to his lawyer, the court convicted and sentenced him to death for “taking up arms against the state” (baqi) merely based on his membership of the banned Kurdish opposition group Komala. No specific evidence was provided linking him to activities involving intentional killing, which is the required threshold defining the “most serious crimes” to which the use of the death penalty must be restricted under international law. Between his arrest and trial, he was allowed one brief meeting with his lawyer, which took place with intelligence officials present. The Supreme Court upheld the conviction and death sentence in March 2018.”

Concern was also expressed by the  U.N. Special Rapporteur on extrajudicial, summary or arbitrary executions, who demanded that the Regime in Tehran halt the execution:

“According to Article 278 of the Islamic penal code, the supreme leader has the right to act with forgiveness in such cases … so the citizens of Kurdistan will ask you to deal with the case of Ramin Hossein Panahi with mercy…”

However in recent weeks the Regime appeared to be leaking news to the media that the Kurdish activist would be executed, irrespective of any calls to justice or compassion or deep concern that he had not received a fair trial.

And so, despite these numerous appeals, both locally and internationally, the Iranian regime of Hassan Rouhani, Sayyid Ali Hosseini Khamene and this Islamic Republic have chosen their well tried and tested route of hanging, in an obvious effort to suppress any dissent or criticism at their rule.

“A prison officer told Panahi a few days earlier that his death would be used as an intimidation tactic.” (Rudaw)

However many people have stated that despite being a banned organisation, membership in Komala does not carry the death penalty in Iran. Thus the death of the Kurdish activist can be seen clearly as a gross miscarriage of justice, if not, actually, a vindictive act by a regime terrified by any aspirations of its citizens outside the narrow confines of its own limited (and now seen clearly as cruel) ideology.

“3 young #Iranian #Kurdish political prisoners, #RaminHosseinPanahi, #LoghmanMoradi & #ZanyarMoradi were executed this morning at #RajaiShahr Prison in #Iran. Their execution is a crime & #Iranian authorities including #Ali_Khamenei must be held accountable for this crime..”

…Their execution is a crime… Shame on you, #Iran!

“More than half (51%) of all recorded executions in 2017 were carried out in Iran.” Amnesty International said in their Report (‘The Death Penalty in 2017: Facts and Figures’) released last April.

After China, Iran ranks second in the world in terms of executions and has “carried out 84% of the global total number of executions with Saudi Arabia, Iraq and Pakistan…”

In 2017, Iran executed “at least 507 people, accounting for 60% of all confirmed executions in the region.”

“In the early 21st century, Amnesty International released a report stating that Kurds were the most targeted ethnic group in Iran, noting that the majority of executions per year are carried out against the Kurds…”

Now, it would be hard to expect that 2018 is going to be a better year?

So again, and again, shame on you, #Iran!

However, to those aware of the ongoing struggles in the different parts of Kurdistan, Ramin Hossein Panahi is not just another anonymous statistic. He was also “executed a few hours before Iranian forces began shelling the headquarters of Kurdish-Iranian parties in the Kurdistan Region.”

Maybe it will be some solace, based on these reports, that this young man has obviously died an insurgent against one of a number of authoritarian regimes in the region that have been intent for a long time in suppressing the justified aspirations of the Kurdish people for their freedom, culture and identity; despite the crude and now verging-on-the-obscene political posturing that this sad part of the world is currently witnessing.

Today I think it is fitting that as ‘internationalists’ we send this message, from our own places of refuge, in this endless and ongoing war against humanity…