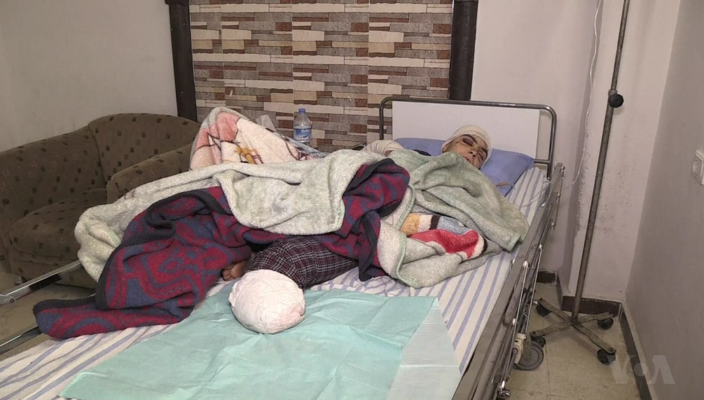 Turkish troops fired across the border on November 1, killing a six-year-old girl in the northern Syrian village of Til Findir

Turkish troops fired across the border on November 1, killing a six-year-old girl in the northern Syrian village of Til Findir.

The murder was part of a pattern of harassment by the Turkish army against the Democratic Federation of Northern Syria (DFNS). The DFNS is a liberated area administered by democratic local councils, with equal representation of men and women and the inclusion of ethnic and religious minorities.

The liberated zone came into existence with an uprising in three predominantly Kurdish areas, known collectively as Rojava, against the Bashar al-Assad dictatorship in July 2012. The democratic system has spread to adjacent non-Kurdish areas since then. The liberated areas are defended by the Syrian Democratic Forces (SDF).

Turkey has also bombarded villages in northern Iraq. On August 15, Turkish jets bombed a village 150 kilometres from the border where members of the Yazidi religious minority were commemorating the anniversary of a massacre carried out by ISIS in 2014. Zeki Sengali, a prominent Yazidi leader, was one of those killed in the Turkish attack.

The Turkish army occupies large areas in Syria and Iraq, and has established many bases in both countries.

Since its inception, the Turkish republic has oppressed its own Kurdish population. In response, the Kurdistan Workers’ Party (PKK) was formed in 1978 and began an armed struggle for an independent Kurdish state in 1984. Today, the PKK calls for a democratic Turkey rather than an independent Kurdistan, but because of the oppression of Kurds — and Turkey’s war — the war continues.

Turkey’s military intervention in Iraq began in the 1990s. The PKK had established bases in the Qandil mountains of northern Iraq, near the Turkish border. Turkey has repeatedly bombed and invaded this area in a failed attempt to crush the PKK.

Turkish intervention in Syria began after the 2011 popular uprising against the Assad dictatorship. The uprising began with peaceful protests, which were met with violent repression. It soon developed into an armed rebellion.

Turkey gave aid to some rebel groups. Turkish President Recep Tayyip Erdogan hoped the rebellion would result in Assad being replaced by a new government allied to Turkey.

But after the Rojava uprising of July 2012, Erdogan’s priorities changed. The crushing of the Rojava revolution became his main goal. Eventually the goal of removing Assad was abandoned altogether.

Turkish aid to Syrian rebel groups became conditional on their hostility to Rojava. Some rebel groups were completely coopted by Turkey and were used in attacks on Rojava and the DFNS.

Turkey has supported a number of different rebel groups. They have never been a united force, but are rivals competing for control of territory. At times they have fought each other militarily.

One of the groups supported by Turkey was ISIS, which invaded Rojava in 2014. ISIS forces entered the city of Kobane but were driven back. In subsequent years the SDF went on the offensive, capturing large areas from ISIS. In the liberated areas, after mines were cleared, refugees returned and a degree of normality was restored, democratic elections were held.

In August 2016, the SDF liberated the city of Manbij from ISIS. Worried by these gains, Turkey sent its own troops into Syria. Days after the Manbij liberation, Turkey sent troops across the border, in order to block further westward advances by the SDF.

In 2017, Turkish troops entered Syria’s Idlib province. This was done as part of an agreement with Russia. The declared aim was to monitor the ceasefire between some rebel groups and Assad’s troops.

But some of the Turkish troops were stationed on the border between Idlib and the predominantly Kurdish canton of Afrin, which was part of the DFNS. This deployment was part of the preparations for the invasion of Afrin.

Turkish troops, accompanied by coopted rebel groups, invaded Afrin in January. Russia, which controls the airspace over Afrin, allowed Turkey to bomb the area and send in ground troops. Despite fierce resistance from the SDF, Turkish troops were able to capture Afrin city in March. A large part of the population was evacuated to SDF-controlled areas further east.

The Turkish army and its allies have carried out crimes including murder, rape, kidnapping for ransom, confiscation of olive harvests and theft of other property. They have carried out the forced conversion of religious minorities such as the Yazidis, and destroyed Yazidi tombs.

The predominantly Kurdish population of Afrin, many of whom have fled, are being replaced by Arabs from other parts of Syria in an effort to change the demography of the area. This includes members of pro-Turkish armed groups and their families.

A civilian wounded by the Turkish airstrikes on Afrin. January 2018.

Material published on Green Left is very welcome to be reposted, providing Green Left is credited and a link back to the original is included. Views expressed in signed articles represent those of the author’s, not necessarily those of Green Left or the organisations to which they belong.