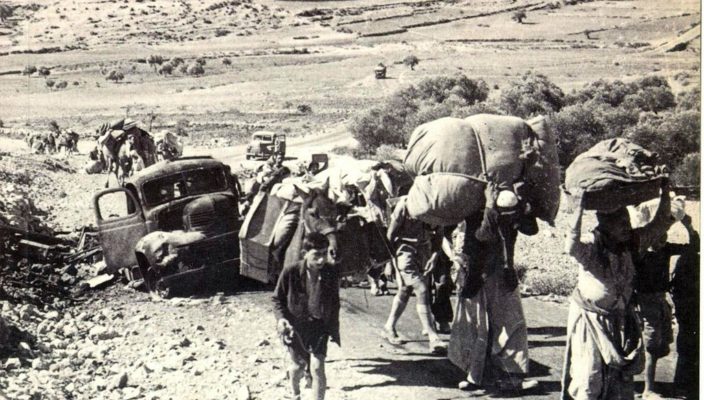 Palestinian poet Asmaa Azaizeh was born in 1985 in the village of Daburieh, in the Lower Galilee, Palestine. Her poems have since been translated into English, German, Spanish, Farsi, Swedish, Italian, Dutch and Hebrew

Palestinian poet Asmaa Azaizeh was born in 1985 in the village of Daburieh, in the Lower Galilee, Palestine:

Azaizeh, who graduated with a degree in English literature in 2006, was the first Director of the Mahmoud Darwish Museum in Ramallah. Azaizeh won the Young Writer Award from Al Qattan Foundation in 2010 for her first volume of poetry, Liwa, published in 2011. Her sophomore collection, As The Woman From Lod Bore Me, was published in 2015, and elements were also staged.

Her poems have since been translated into English, German, Spanish, Farsi, Swedish, Italian, Dutch and Hebrew, among others. Asmaa is currently a cultural curator in Haifa. She has a third collection coming soon.

Do Not Believe Me Were I to Talk to You of War, tr. Yasmine Haj

I Didn’t Believe I Would Ever Learn to Die, tr. Yasmine Haj

The Dance of the Soma, tr. Yasmine Seale

Millions of years ago, there were no winged creatures.

We all crawled around on our bellies and paws

We arrived nowhere in particular,

but the rough ground coarsened our bellies

Every time we stopped in the shade of a tree,

one of us would shout: “Here we are!”

A fantasy mightier than mountains.

Millions of years ago, dragonflies emerged from narrow streams.

The water was heavy on their backs,

so they asked creation for wings,

as clearly as stones on the riverbed.

Since then, we all fly,

millions of wings and planes cloud the sky,

But not one of us has asked creation

to deliver us from the fantasy of arrival.

In our chests, the same tightening.

This poem was translated as part of commemorations held in Brussels, at BOZAR, on the tenth anniversary of Mahmoud Darwish’s death.