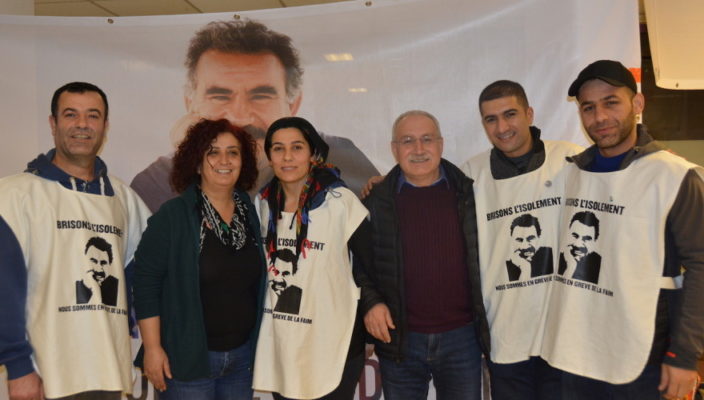 Sinn Féin MP Michelle Gildernew has send solidarity to a Kurdish MP currently on hunger strike and called for the release of political prisoners in Turkish jails.

Michelle Gildernew said: “Today I attended a solidarity rally in London’s Manor House in support of Kurdish MP Leyla Guven who has been on hunger strike since November 7.

“She is protesting at the continued isolation of Turkish political leader Abdullah Öcalan who has been imprisoned on the island of Imrali since 1999.

“I extended our solidarity, particularly from the people of my constituency of Fermanagh/South Tyrone which elected Bobby Sands during his hunger strike in 1981.

“Abdullah Öcalan should be released immediately to aid the peace process and Leyla Guven and all other Kurdish political prisoners on hunger strike in other Turkish jails should also be freed.

“It is important that the international community stands in support of the Kurdish hunger strikers and their campaign for rights, equality and an end to Turkish repression.”

Chris Hazzard, Sinn Féin MP for South Down tweeted: “The Rojava revolution shines like a beacon to all progressives in the Middle East – that’s why Erdogan and his fascist dogs want to smash it – vital now we stand with those who stood up to ISIS in Kobane! #DoNotAbandonRojava