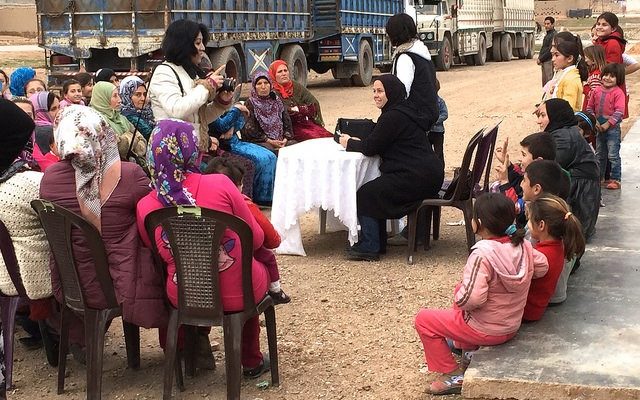 The historical meanings of the Kurdish revolution

Democratic Confederalism is based on community autonomies of various levels, on participatory democracies of sectors, peoples and cultural groups of society, on ecological sustainability and on the woman as the subject of transformation

The revolutionary experience of the Kurdish people, who have implemented, particularly in Rojava (northern Syria), what is called Democratic Confederalism, together with the autonomic governments of the Zapatista Mayas of the EZLN in Chiapas, constitute highly advanced alternative emancipatory processes worldwide. Democratic Confederalism is based on community autonomies of various levels, on participatory democracies of sectors, peoples and cultural groups of society, on ecological sustainability and on the woman as the subject of transformation with decision-making ability in all political, military, social and economic ambits.

The Kurdistan Workers Party (PKK), which encourages this cause and comes from an orthodox Marxism and a struggle of more than 40 years, abandons the idea of a national State, criticizes both real socialism and all the existing governments. The PKK maintain that the State holds the seed of capitalism and that freedom and State can never coexist, since it develops the power of a minority over the rest of the population.

Just like in the EZLN’s project of multiethnic and religious tolerance, in the Democratic Confederalism of northern Syria, the Kurds coexist with Arabs, Assyrians, Turkmens, Chechens, Circassians, Muslims, Christians, Yazidis and other doctrines and sects, beginning with a mutual coexistence and fraternity among peoples. In the Social Contract of the Democratic Federation of Northern Syria, it “guarantees the equality of all peoples in matters of rights and duties, respect for human rights statutes and preservation of national and international peace.”

This founding document institutes that the Democratic Federation is based on the collectivization of land, water and energy resources; it adopts a social economy and ecological industry; the wealth and natural resources are public property; it does not permit exploitation, monopoly, or reification of women; it supports social and health coverage for all individuals. It reiterates that women will enjoy their free will in the democratic family, constructed on the basis of a common egalitarian life and that young people are the driving force of society and their participation in all areas must be guaranteed. Cultural oppression and assimilation, extermination and occupation are considered a crime against humanity and resistance to these practices is legitimate. Within the Federation education is free at all levels, with primary and secondary education being compulsory; while the rights to work, health and housing are insured.

The politico-social system of the Federation is based on the formation of communes, social institutions, unions and assemblies being the common fundamental organizational form of direct democracy, the instances for management and decision-making, while the assemblies are the social units that represent the people, in which they debate and decide at the level of towns, neighborhoods, cities, districts, regions and cantons.

In Turkey, Democratic Confederalism operates through the Democratic Party of the Peoples and the Democratic Society Party, both of which participated victoriously in the elections of more than 100 municipalities, until the Turkish government declared them terrorists with an emergency law and occupied governmental apparatuses with their delegates. This State coup produced a great repression that imprisoned more than 10,000 men and women, who today are part of the numerous political prisoners of Kurdish origin. Since 2016, Turkish aviation and artillery bombed nine Kurdish cities, and its army occupied the city of Afrin, in northern Syria by blood and fire. As of this date, they are preparing for an offensive against two other Rojava cantons.

In Iraq, the Kurds maintain a relative autonomy, with self-governments and parties that support the idea of establishing a national state. However, the influence of Democratic Confederalism in Iraqi cities is felt in the Democratic Solution Party, while in the liberated mountainous regions that cover territories in Iraq, Turkey and Iran, Democratic Confederalism is established, and guarded by guerilla self-defense groups.

In Iran, people are organized through the Free East Kurdistan Party, the Democratic Society Party and the Free Life Party, brutally repressed by the confessional government of the ayatollahs. Here in Iran, guerilla self-defense forces of men and, separately, women also operate.

The Kurdish revolution seeks above all else the inner transformation of individuals. It’s about eradicating patriarchal, classist and racist ideology in order to achieve the liberation of society and the end of capitalism and imperialism.

Re-Published with English interpretation by the Chiapas Support Committee