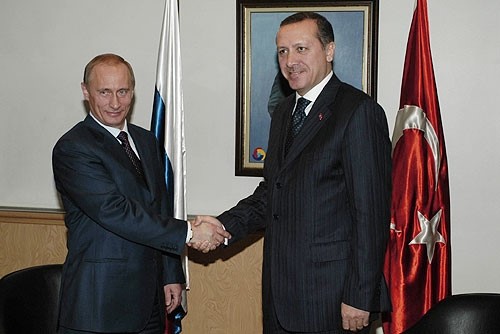 “The world and humanity must not remain silent spectators to these attacks. Remaining silent in the face of oppression and tyranny is complicity in crime. Nobody ought to serve as supporters of the dictatorial Erdoğan regime…”KNK

Full text of the KNK statement reads as follows:

“The Turkish state’s hostility towards the Kurdish people and its threats against Rojava continue. On December 12, 2018, the Turkish President Recep Tayyip Erdoğan, during his speech at a meeting with the defense industry, declared the following: “Whilst we issued our warnings concerning the east of the Euphrates, we were also engaged in preparations. We will start the operation to clear the east of the Euphrates from separatist terrorists in a few days.”

What he refers to as the east of the Euphrates is a Kurdish region; it is Rojava, the north of Syria, a territory within the borders of another country.  The Turkish state attacks the Kurds within its own borders and beyond, whenever the opportunity arises. With these attacks, Turkey disregards and abuses any human values associated with right, law, justice, conscience, or ethics. Unfortunately, the world public and relevant organizations largely remain silent in the face of these attacks and abuses. This situation further encourages the dictator Erdoğan and his fascist forces, while also providing them with great opportunities to increase their assaults.

One of the reasons for Erdoğan to attack Rojava is to secure the presence of ISIS and similar extremist forces in the region. In October, ISIS was close to annihilation due to the operations of the Syrian Democratic Forces (SDF). However, Erdoğan and his army rushed to the extremists’ aid and thus, on October 28, 2018, they intensified their attacks on Rojava. Due to this, the SDF had to halt their operations against ISIS. If it had not been for the attacks of the Turkish army, the territories currently held by ISIS would in all likelihood have been liberated by now. Turkey however provided ISIS with the air to breathe. In fact, ISIS took advantage of the developments and partly extended the area under its control. With the intervention of international powers, above all the US, Turkey halted its attacks. Once the attacks ended, the operations against ISIS were re-launched. At the moment, the SDF is once again focusing its efforts on the war against ISIS.

On December 11, 2018, US president Donald Trump stated that ISIS would be defeated within Syria in the next 30 days. One day after this statement, Erdoğan declared that his army would attack Rojava within a couple of days. If an attack against Rojava takes place, the Syrian Democratic Forces will be forced to withdraw from the ISIS frontlines to defend themselves against the Turkish army. Such a situation would only benefit ISIS. Furthermore, more than 800 foreign ISIS members, mainly European citizens, are imprisoned by the regional administration of northern Syria. In the case of a Turkish occupation operation, these people are likely to be released by the invaders, which would mean that they would once again become a plague to the entire world.

At the beginning of this year, Turkey attacked and eventually occupied the region of Afrin. While nearly every place in Syria had been burning over the last 7 years of war, Afrin had managed to remain a haven of peace. With the Turkish occupation, Afrin was burned and destroyed; hundreds of thousands of people were forcibly displaced. Every day, the people of Afrin experience massacre, rape, kidnapping, looting and similar barbarities. Afrin, which used to be an island of co-existence and tolerance, has been turned into the training ground and headquarter of extremists. Turkey wants to move the same forces to the east of the Euphrates. The actions of Turkey and its cooperation with barbaric, extremist forces are widely known; it is an atrocity. Turkey has been continuously committing war crimes and crimes against humanity in Rojava in particular, and in Kurdistan in general.

The world and humanity must not remain silent spectators to these attacks. Remaining silent in the face of oppression and tyranny is complicity in crime. Nobody ought to serve as supporters of the dictatorial Erdoğan regime.

The biggest duty here falls on the shoulders of the Global Coalition to Defeat ISIS, which was formed to defeat ISIS. If the Coalition does not want ISIS to revive in the region, if they do not want to see ISIS committing atrocities in Europe and other parts of the world, the members of the Coalition must immediately act to stop the attacks of the Turkish state.

The people of Rojava and northeast Syria, and especially the women, who have lost thousands of their children in the fight against the barbarism of ISIS, must not be left at the mercy of the occupation attacks of the Turkish state. This would be a big blow to the credibility of the Global Coalition, the UN and all those forces that consider themselves to be democratic.

Turning a blind eye to Turkey’s attacks will serve the common interests of Russia, Turkey, Iran and the Assad regime in Damascus, which are against the democratization of the region. Such an outcome will cause the peoples of the region, including the Kurds, to lose their hope for an end to oligarchic, anti-democratic regimes in the region in favor of universal democratic values. Their faith will once again be betrayed.

Within this framework, we call on international institutions such as the United Nations, as well as countries such as the USA, Russia, and European states:

Do not appease Erdoğan again as you have in Afrin.

Do not let him get away with tyranny and human rights abuses.

Do not allow Turkey to attack Rojava.”

Kongreya Star calls on people to protest against invasion threats

Yûsif (Foza Yûsif, co-chair of the Executive Council of the Democratic Federation of Northern Syria): Turkey wants to expand the life of the Syrian crisis