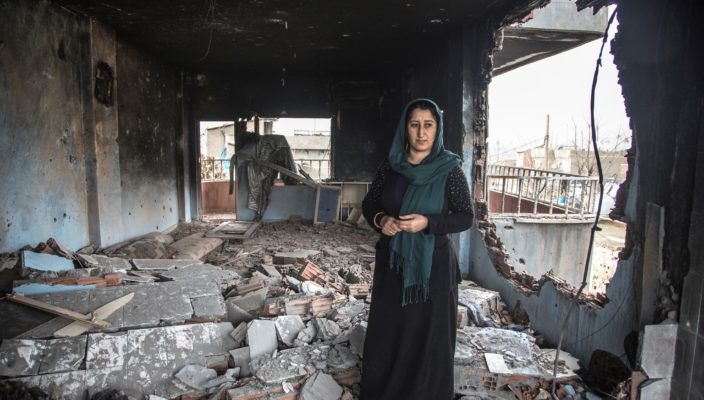 Turkey: State of Emergency Ends, but Not Repression

(Berlin) –Ending the state of emergency in Turkey has not ended repressive rule under President Recep Tayyip Erdoğan, Human Rights Watch said in its World Report 2019. Prolonged and arbitrary jailing of critics on bogus terrorism charges has become the norm in Turkey.

Turkey’s parliamentary and presidential elections in June 2018 took place in a climate of media censorship and with some members of parliament and one presidential candidate jailed. Erdogan’s ruling Justice and Development Party (AKP) retained control of a weakened parliament through a coalition. And with the election, in which Erdoğan was reelected, Turkey’s presidential system of governance, approved in a 2017 constitutional referendum, entered fully into force.

“Any hope that the end of the state of emergency six month ago would mark a return to respect for human rights has been dashed,” said Hugh Williamson, Europe and Central Asia director at Human Rights Watch. “The Erdoğan government’s hounding of its critics and opponents has dismantled Turkey’s rule of law framework and turned justice on its head.”

In the 674-page World Report 2019, its 29th edition, Human Rights Watch reviewed human rights practices in more than 100 countries. In his introductory essay, Executive Director Kenneth Roth says that the populists spreading hatred and intolerance in many countries are spawning a resistance. New alliances of rights-respecting governments, often prompted and joined by civic groups and the public, are raising the cost of autocratic excess. Their successes illustrate the possibility of defending human rights – indeed, the responsibility to do so – even in darker times.

Turkey’s courts lack independence and have no compunction about locking up government critics or opponents while authorities subject them to bogus investigation and trials for terrorism. Widespread misuse of counterterrorism laws against government opponents has undermined legitimate efforts to prosecute those responsible for the 2016 military coup attempt.

Several politically motivated trials of journalists concluded in 2018 with convictions. A court sentenced Ahmet Altan, Mehmet Altan, and Nazlı Ilıcak, prominent writers, to life in prison without parole for political commentary that did not advocate violence but that the court rules was an attempt to overthrow the government.

The authorities stepped up the targeting of human rights defenders, including a new investigation focused on the 2013 mass anti-government demonstrations in Istanbul known as the Gezi protests. Chief among those under investigation was an unjustly jailed businessman and leader of a cultural organization, Osman Kavala.

The government defied a European Court ruling for the release of opposition politician Selahattin Demirtaş, who has been arbitrarily jailed for over two years, along with other former parliament members and elected mayors from pro-Kurdish parties. With local elections scheduled for March 2019, local democracy in the southeastern part of the country remains suspended. The government controls 94 municipalities in the region after ousting the representatives the Kurdish population elected.

World Report 2019 also looks at restrictions on the right to peaceful protest and assembly in Turkey, attacks on academic freedom, and a failure to investigate allegations of torture in police custody. Turkey remains host to the highest number of refugees in the world.