On 12 September 1980, the Turkish army carried out a military coup arresting thousands of Kurds and revolutionaries in the country. In Diyarbakir, the ‘capital’ of North Kurdistan, Prison no 5 became synonymous of torture, inhuman violence but also of incredible resistance

Kemal Pir, was a revolutionary from the Black Sea region. He is one of the founders of the PKK and together with other leading figures of the PKK, Hayri Durmuş, Akif Yılmaz and Ali Çiçek, on 14 July 1982, he goes on indefinite hunger strike to protest the conditions in Diyarbakır prison.

All four of them died in the hunger strike. At the age of 30, Kemal Pir died on the 55th day of the death fast, after losing his eye-sight. Until this day, he is honoured as an embodiment of the radical and internationalist spirit of the movement and a bridge for the struggling Turkish and Kurdish people.

On the37th anniversary of this epic resistance, we spoke to Haşim Aydemir, director of the film “14 Tirmeh” (14 July). The film is somehow a ‘first’ in that opened the way to bring to cinema the resistance and more in general the 40-year long struggle of the Kurdish people to claim their existence as well as their rights (cultural, linguistic, political).

The trailer of the film can be watched here:

The film is a solid both in the direction and acting. It leaves no room to rhetoric or propaganda, but indeed deliver a punch in the stomach about what was going on in Kurdistan and Turkey not many years ago. And it force the viewer to remember that what he/she is watching on the screen is unfortunately still going on. Indeed, only two months ago, thousands of prisoners and Kurdish activists, men and women, called off the hunger strike they had launched demanding the end of isolation of Kurdish people’s leader Abdullah Ocalan. The hunger strike resistance was led by a remarkable woman, Leyla Guven, an elected deputy for Hakkari for the Peoples’ Democratic Party (a coalition of Kurdish and Turkish left parties and movements).

Leyla Guven called off the hunger strike – and with her all of the hunger strikers – after 200 days of fast responding to a direct call made by Ocalan who was finally allowed to meet with his lawyers, after 4 years of total isolation in the high security prison island of Imrali (where he is detained since 1999).

Why a film about the 14 July resistance?

The 14 July is a very important date in Kurdish freedom struggle.

When we read the writing by the Kurdish leaders who took part to the 14 July resistance, when we read their memoirs then we would see they all say this: 14 of July is the method of struggle chosen within a context in which conditions were very difficult and it succeeded.

All the people who had experienced that period and resisted say this. Many of them still continue with the struggle for freedom.

And what does 14 July mean to you personally?

The 14 July is the struggle for existence, is the freedom struggle by the Kurdish descendent against Turkey’s 80 years long denial and annihilation policies and this struggle started in ‘70s when the Kurds started their struggle for their fundamental rights and language rights.

However when the 1980 military coup took place many of the people involved in the struggle were put in prisons where they were subjected to inhuman treatment and torture in an unimaginable level. The Kurdish prisoners resisted these torture, annihilation and denial policies and practises. They started chain of resistance methods. The last method they used was to start a massive hunger strike to death.

The states wanted to bury Kurdish dream of freedom within the walls of Diyarbakir prison but the resistance by the Kurdish prisoners has stopped this. They stopped the complete disappearance of Kurds and Kurdish culture and existence with their struggle. And they have begun to write the story of a new resurrection.

They rescued a nation that was going to be buried under those walls and revived it. That’s why14 July is the matter of existence for Kurdish people. It is its spirit of sacrifice.

The Resisters put their lives in line and sacrifice themselves for their people. I mentioned this before “the spirit of sacrifice” of the resisters of the hunger strike is the same as the spirit of the sacrifice of the fighters in Rojava and other areas of struggle in Kurdistan. The spirit of resistance which came into existence in the 14 July struggle is the base of the spirit we saw in the struggle in Kobani and the Rojava Revolution.

14 July is the corner stone in the struggle and an epic story of resurrection and freedom. It has a deep meaning.

Therefore as a Kurdish filmmaker and artist I wanted to tell the story of this struggle by using the language of art and cinema, by using the power of visual art. I tried to make this story into a film in order to make it historical. I have tried to create a memory of struggle led by resisters Mehmet Hayri Durmus, Kemal Pir, Akif Yilmaz and Ali Cicek.

This was a way to complete a missing side, the cinema side of the struggle by the Kurdish people. The Kurdish people has been struggling for 40 years and we as artists and filmmakers failed to show it, we could not make artistic and cinema works corresponding to such struggle. We wanted to tell this struggles with the cinema language to create a memory. This is the meaning of the 14 July for me as a Kurdish artist and Kurdish person. It’s my stand for freedom, it’s my conscience stance and also important for me for creating such memory. 14 July has such important role.

Do you think cinema can play a role in telling the story of the Kurdish resistance and also in helping the building of a collective memory?

Indeed so. A nation is facing cultural genocide, and as a response to it the youth of that nation started a freedom struggle. They were put in prison during the 1980 military coup. The military thought they could crushed all their dreams in a prison.

However the resisters said no to this using several actions against it and the last action was the death fast launched on 14 July.

As I said before this is a turning point, because it is the beginning of the struggle for freedom struggle. Therefore it has also an important artistic meaning. Our duty is to show such a great resistance where people put their lives at stake, by using the language of art and the power of cinema.

As we had relatives in 2000s we had a chance to go to prisons to know the conditions there and know how the prisons look like. An artist cannot turn a blind eye to the conditions of its people.

As an artist I am not outside of the conditions in which our people lives. It was a duty for us to make such film, it’s a conscience debt. That’s why I made this film with my filmmaker friends. It took about 3 years to complete this film and it was a very hard work.

The process included scriptwriting, shooting and post production. About 90 people were working behind the camera. We had around 3000 people in front of the camera as actors. We put a lot of effort into this and tried to tell the story through the language of art and cinema. It of course fell short compared to such a big resistance. At least we made an attempt to tell that period. I hope we have made something worthy to show the resistance of a people by using the power of cinema.

We read so many sources in relation to that period. We met around 150 people who were in prison during that time. We read, saw and heard that so many unimaginable things took place during that period.

Maybe we can just say that our film is just a starter to reconstruct the memory of that period. There should be many more films about the resistance in armed period and about this struggle which is going on for 40 years.

We have to tell about these times in an artistic way too. 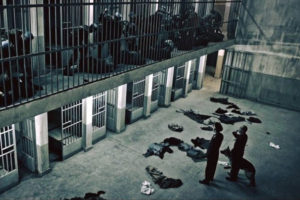 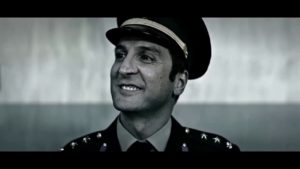 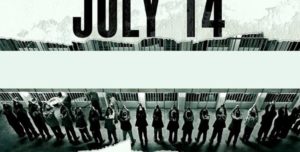 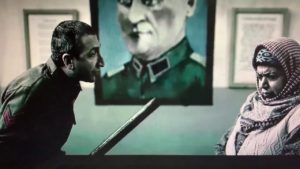