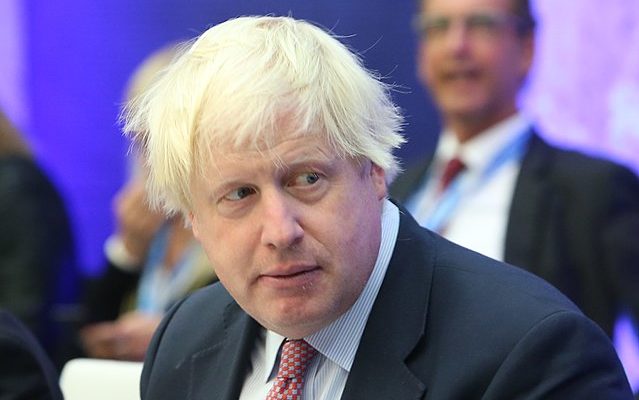 He has also replaced Karen Bradley as Direct Ruler in the north of Ireland with the former Tory Chief Whip, Julian Smith.

Among his more controversial appointees are infamous Vote Leave campaign guru Dominic Cummings, whose tactics of technological manipulation were exposed in ‘The Uncivil War’ docudrama, as Special Advisor; and Priti Patel, who proposed the Brexit strategy of cutting off food supplies to Ireland, as Home Secretary.

The announcements were seen as a statement of war with the EU, with the British civil service, with Remain voters and Tory moderates, and also with Ireland, despite his sacking of widely discredited Bradley in favour of Yorkshire MP Julian Smith.

Revealing her departure earlier today, Bradley said it had been “an enormous privilege” to “represent this special nation and integral part of our precious union”.

Johnson set the tone of his premiership on Tuesday with a declaration that his leadership of the Conservatives would be known by DUDE (deliver, unite, defeat, energise) — the final E added, he said, as an insurance against a DUD acronym.

His cabinet changes are being seen as the most sweeping in recent British political history, replacing seventeen ministers, more than half the Tory cabinet, sacking some while others had resigned in advance.

In a campaigning speech today, Johnson said he is confident that his new cabinet will defeat “the doubters, the doomsters, the gloomsters”.

Speaking on the steps of Downing Street, he warned the European Union that he was prepared to withhold Britain’s 39 billion pound divorce bill and repeating his demand that the backstop deal to prevent a remilitarised border through Ireland should be renegotiated.

He declared the “people who bet against Britain are going to lose their shirts because we are going to restore trust in our democracy.” And he joked: “Never mind the backstop, the buck stops here!”

The 26 County Taoiseach Leo Varadkar said he looked forward to meeting Mr Johnson to discuss Brexit but stressed that the commitment of the Dublin government and the EU to the backstop remained unchanged.

“I look forward to having the opportunity to sit down one to one and for our teams to meet and to see if they can put a little detail behind those slogans and statements,” he said.

SDLP leader Colum Eastwood said Johnson’s initial Downing Street address “was bloated with bluff but short on solutions to the challenges of Brexit.”

Sinn Féin’s Mary Lou McDonald said she has written to the new British PM seeking a meeting to discuss Brexit and the Stormont Executive.

“I have reminded the new prime minister of the requirement of the British government to honour and implement their commitments under the Good Friday and subsequent agreements,” she said. “Agreements that are incompatible with Brexit. The people of the North voted to remain within the EU and that vote must be respected.”