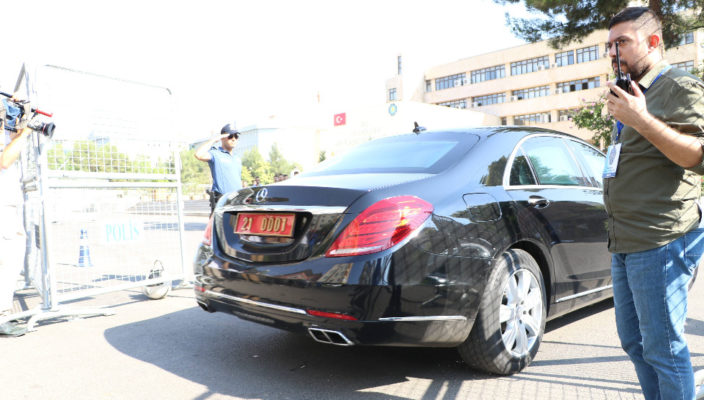 Following the removal of the co-mayors, police forces laid a siege on the buildings of all the three municipalities.

Police forces broke the doors of Amed Municipality to forcibly get in the building at 6 am this morning.

Co-mayor Mızraklı said he has not received any notification regarding his removal, adding; “We are facing an unlawful situation. Nobody living in Turkey can consider himself to be living under the umbrella of law. This attitude developed against HDP municipalities should be seen as aimed at the democratic opposition. What is usurped is the people’s will.”

A number of police units participate in the raid on the municipalities of Amed and Van which have been surrounded with armored vehicles. A detailed search has been started in both municipalities and the police barricades that had been removed after the March 31 elections have been placed around the buildings again.

In the meantime, the Interior Ministry announced that provincial governors have been appointed in the place of the three mayors removed from office.