The fourth edition of the Rojava Film Festival (Mihrîcana Fîlm a ROJAVA ya navnetewî) organised by Komîna Fîlm A Rojava (the Rojava Film Commune) will be held from 13 to 19 November. Submission will open on 8 September and the deadline is 8 October. On 3 November the Festival organisers will communicate the selected films.

Filmmakers can submit their film through

Cinema and the Rojava Revolution

From soon after the start of the Syrian Civil War, the North East Syrian enclave of Rojava has led a revolution that has radically transformed the social and political structures of the region. A democratic system of self-governance has been established since 2013.

Deeply rooted in cultural sovereignty, feminist and communal values, this political project has challenged the patriarchal system, empowered ethnic and religious minorities, as well as grass-root movements, and inspired the opening of local democratic spaces. Rojava International Film Festival is born in the context of the revolution and embraces its values.

The festival will host the following sections and prizes:

Cultural events and creative expressions as a whole have seen huge setbacks since the beginning of the war, and they were strictly forbidden in ISIS-controlled areas. This year we will put special effort into opening screens in areas where cinema has never reached. Films will be translated into Kurmanji Kurdish and Arabic. Many kids will see a ﬁlm on a big screen for the ﬁrst time, especially in the refugee camps. The public will ﬁnd a space of leisure in which they can get in touch with their creative self, and develop their critical thinking and visual artistic sense, away from the harshness of the realities of a war zone.

Rojava and the Autonomous Administration of North East Syria suffer an embargo imposed by the surrounding powers, making it difficult for us to connect with the world. To counter this isolation, we have invited an international group of guests who represent key institutions in the world of cinema, with the aim of creating professional bonds and synergies and fostering the circulation of ideas and projects in both directions.

In Rojava, we are crafting our future from the ashes of the war, developing our own system from scratch, region by region. Huge efforts have been made on education, health, defence, economy, justice and culture. We believe that cinema should be a mirror that reflects our reality. This year at the festival we will open discussions on how to establish the basis for our newly-born cinema sector. We will hold speciﬁc talks on education for cinema professionals, public creation, production, coproduction, distribution and ﬁlm funding systems with local and international experts.

13 November, an historical date
The 13 November is the date on which the festival starts every year, in memory of the massacre which occurred in Amude, a town in Rojava, where a cinema was burned down in 1960. During the projection of a movie about the Algerian revolution, the cinema caught on ﬁre, killing 282 children. The screening was organized by the Syrian government, in a room which had not been prepared for cinema screenings. The government never opened an investigation to clarify what had happened and shoulder their responsibility in this event. 50 years later, there is still an ongoing ban on any public commemoration of those who died in the ﬁre. This tragic event stayed in the mind of the inhabitants of this area as a painful example of the state’s repression of the Kurdish population. By starting the festival on this precise date, we want to commemorate this tragic event. 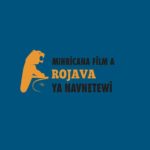 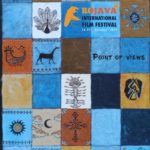 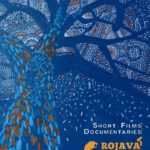 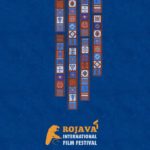 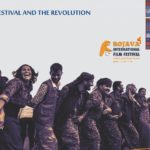 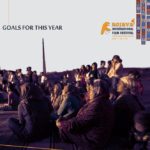 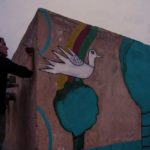 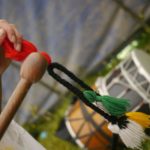