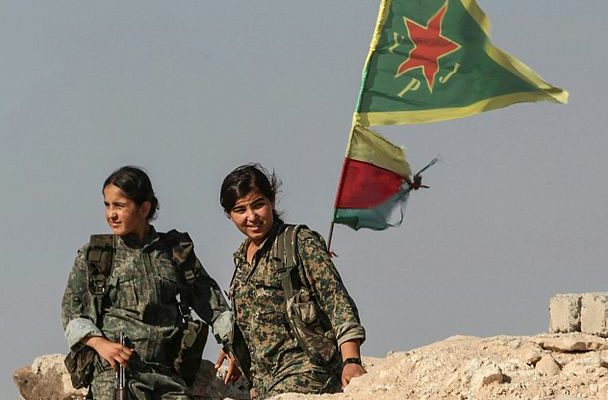 The following letter has been signed by feminists living in Ireland, including WSM members

A Letter to our friends in Rojava

As feminists living across the island of Ireland, we wish to express our heartfelt solidarity with our courageous sisters and comrades in Rojava as their project for women’s freedom is under attack. Please know that as the fascist Turkish state attempts to isolate, dispossess and brutalise the communities of the Democratic Federation of Northern Syria, they will only serve to strengthen our collective resistance and resolve.

You stood with us as we fought to repeal the 8th Amendment. You visited us in Ireland and generously shared your knowledge so we could learn from your struggles and victories. You invited and warmly welcomed us into your communities, demonstrating how a feminist society could be organised in practice, something we had only previously imagined.

Let us be unequivocal, an attack on the Democratic Federation of Northern Syria is an attack on women’s rights, on feminist organising and on ways of organising society that prioritise ecology, community and humanity over profit. Your woman-led political movement offers a feminist alternative to global capitalism, with its gender-balanced decision-making system, and the centering of women’s liberation in this unprecedented democratic project.

Erdoğan and the Turkish state are threatened by the democratic values of Rojava, by its empowered women and its commitment to equality. These attacks in the name of establishing a ‘safe zone’ are no more than an attack to drive out our friends and comrades from the region, to smash the democratic project and to put an end to women’s liberation.

The creation of a so-called ‘safe zone’ also serves the purpose of deporting thousands of Syrian asylum seekers residing in Turkey. They will be brought back to Syria under the strengthened rule of Bashar al Assad, a war criminal, in spite of the fact that they fled from it in the first place. The invasion of Rojava and the full reinstatement of al Assad’s power over Syria and its diverse population are two sides of the same coin, which contemplates the return to an authoritarian stability that can stop the movement of people (so much desired by the fortress Europe), achieved at the price of slaughtering civilians and destroying emancipatory political experiences.

We draw inspiration from your courage and your strength and will come out onto our streets to raise our voices in solidarity with you and to fight fascism, our common enemy.

We call on feminists across the globe to join us in supporting our sisters, friends, comrades. Organise, march, shout, fight and rise up for Rojava.

List of signatures and a form to add your name at the original location
https://feministire.com/2019/10/15/a-letter-to-our-friends-in-rojava