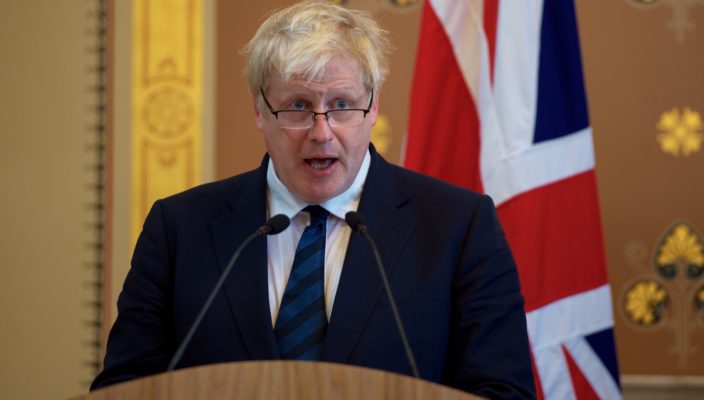 The President of the European Council, Charles Michel, warned the British government that any reneging on its responsibilities will mean that Britain’s signature on everything from trade agreements to Treasury bonds will be worthless

A Little Englander is someone who thinks that England and the English are superior to all other countries and people. Many people think their country is better than other countries. And some are. At sport. Music. Human rights. Opera. Tiddleywinks. Underwater wrestling. But thinking that you are genetically superior and that others are lesser inferior creatures is what underpins imperialism. It is the road to fascism. It thrives on ignorance. It is also grist to the mill of power seeking demagogues and racists. And political opportunists and tricksters looking to distract attention from their own political shortcomings.

Like Boris Johnson who is making a mess of his government’s response to the dreadful Corona pandemic.

Cue the decision by the Johnson government to unilaterally break the Withdrawal Agreement and Irish Protocol that was agreed between the British and the EU last year. The introduction of the Internal Market Bill will allow British Ministers to arbitrarily change key elements of the Agreement. This breach of international law is, Johnson claims, necessary to “stop a foreign power from breaking up” the increasingly disunited ‘United Kingdom’.  The British claim that the agreement will impose a food blockade on goods from Britain to the North; will create a “full scale trade border down the Irish Sea”; and will destroy the “economic and territorial integrity of the UK”.

This is the same agreement that Johnson negotiated and signed off on last October. It was trumpeted by him as “oven-ready” during the general election campaign in December. It was signed into law on 20 January this year to great public fanfare. Johnson said at the time: “Today I have signed the Withdrawal Agreement for the UK to leave the EU on January 31st, honouring the democratic mandate of the British people. This signature heralds a new chapter in our nation’s history”.

His new historic chapter didn’t survive long. Two weeks ago the British Secretary of State for the North Brandon Lewis told the British Parliament that a new Bill to be introduced will “break international law”. The British government’s most senior lawyer immediately resigned. In the war of words that erupted the EU called for the scrapping of the draft legislation “in the shortest time possible and in any case by the end of the month.” The President of the European Council, Charles Michel, warned the British government that any reneging on its responsibilities will mean that Britain’s signature on everything from trade agreements to Treasury bonds will be worthless. And five former British Prime Ministers all criticised and challenged Johnson. The DUP supported him. Play it again Sammy. The DUP supported him. Proof that the only thing worse than a Little Englander is a Wannabe Little Englander who is not even English.

The Speaker of the US Congress Nancy Pelosi pulled no punches when she declared that; “If the UK violates that international treaty and Brexit undermines the Good Friday accord, there will be absolutely no chance of a US-UK trade agreement passing the Congress.”

Congress member Richard Neal, who is the Chair of the Ways and Means Committee, which will have a powerful say in any economic treaty between the USA and Britain, reminded Johnson that the USA is a guarantor of the Good Friday Agreement; “Since the landmark peace deal was reached in 1998, the 310-mile border in Ireland has remained frictionless and invisible. Every political party on the island opposes a return of a hard border. I sincerely hope the British government upholds the rule of law and delivers on the commitments it made during Brexit negotiations, particularly in regard to the Irish border protocols.”

Antony Blinken, a foreign policy adviser to Democratic Presidential candidate Joe Biden, said that Biden is committed to preserving the GFA. He tweeted “As the UK and EU work out their relationship, any arrangements must protect the Good Friday Agreement and prevent the return of a hard border.”

Johnson however is not for turning. To add fuel to the fire the Tories have also chosen this time to signal their intent to reduce the influence and authority of the Human Rights Act which became British law in 1998 and underpins the human rights components of the Good Friday Agreement. The Act has long been a target for the Conservatives, who under Theresa May planned to scrap it entirely. The 2020 Conservative manifesto pledged to “update” the Act and in recent days the language from the Johnson government indicates a determination to erode further Britain’s international obligations. In particular its about protecting British armed forces personnel from facing legal sanctions for human rights violations they are responsible for in Ireland, Iraq and Afghanistan.

Should we be really surprised by any of this? A Fianna Fáil TD Thomas Byrne obviously was. On 7 September he very stupidly tweeted : “Ireland has always accepted the good faith of Britain in Brexit negotiations. I believe Britain will comply with its obligations under the Withdrawal Agreement in the same way that it has always respected its international obligations.”

Awhhh Tom. Was he reflecting the view of An Taoiseach? Who knows? Who can tell?

At any rate it took An Taoiseach a few days to get around to phoning Boris Johnson. As this column has asked in the past why should Johnson take Micheál Martin seriously? Why should anyone? Is it any wonder Fianna Fáil is floundering in the polls?

You don’t have to be an Irish Republican to know that British rule has always been bad for Ireland. Lest we forget Perfidious Albion has been a part of our historical and cultural narrative for almost 900 years. And an unwanted trespasser in our nations affairs.

So let’s remind An Taoiseach – again- that Britain (and successive Irish governments) has not honoured significant commitments contained in another international Treaty – the Good Friday Agreement.

22 years later there is still no:

In recent weeks the British have also flouted international law and the demands of the United Nations, aid organisations and NGOs that it stop selling weapons to Saudi Arabia whose forces are currently involved in the worst humanitarian disaster in the world.

So, we are in the midst of another British inspired Brexit crisis – an international crisis. The Good Friday Agreement is again threatened. The fragile economy of the North is at risk. And a Brexit crash out of the EU, supported by the DUP, as this column notes above, is looking increasingly likely at the end of this year.

In the short term the EU and the Irish government must stand firmly against British government intentions to tear up the Withdrawal Agreement and Irish Protocol. That is their responsibility. But in the longer term the only viable resolution of this issue is for an end to partition and the Union. English rule in Ireland is the problem. The reunification of Ireland is the solution.

Let’s make it happen. Let’s take control of our own affairs and shape a new shared, united Ireland as the best answer to Little Englander DUPlicity.