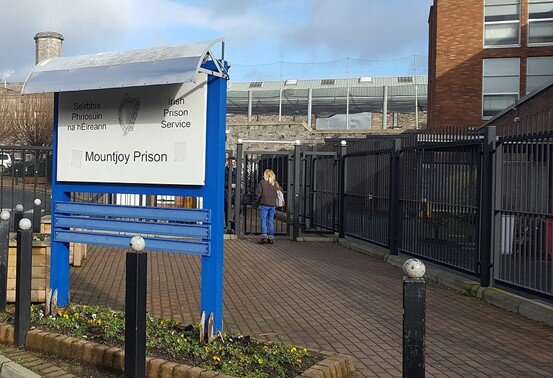 “The women in custody here report to me that they live in fear…” Clare Hargaden, (ex-)Chaplain, The Dóchas Centre, Mountjoy Prison, Dublin.

Amid world-wide concern for the health and well being of prisoners during the coronavirus pandemic the hidden plague of abuse and ill treatment of the most vulnerable in Irish society once again raises its head in Ireland.

Fíona Ní Chinnéide, speaking as Executive Director of the Irish Penal Reform Trust,  – the body that struggles to keep an eye on institutional treatment of those confined in a country with an extraordinary history not just of institutional maltreatment and abuse of those in its charge but equally of an enormous silence that condones and perpetuates it – in a joint statement along with the Jesuit Centre for Faith and Justice writes:

“The Irish Penal Reform Trust and the Jesuit Centre for Faith and Justice are alarmed today by reports in the national press about the culture and environment endured by female prisoners and staff in the Dóchas Centre at Mountjoy. We condemn in the strongest possible terms any inhumane treatment of prisoners, and especially so during a pandemic when the resources made available to prisoners are curtailed.

“Chaplaincy is a pivotal service within the prison environment and both organisations are dismayed to hear reports that suggest systemic marginalisation and undermining of this office. We call on the Department of Justice to initiate a thorough and transparent review to address the concerns that have been raised in both today’s media reports, as well as those detailed in media coverage of unpublished Prison Chaplain annual reports in recent weeks.”

The Dóchas Centre (in Irish – lárionad le Dóchas – ironically meaning “Centre for Hope”) located in Dublin’s 170 year old (1850) Mountjoy Prison is the largest  of 2 prisons for women in Ireland.

The Irish Examiner in its report on Friday 25th September, released the contents of the Centre’s chaplain, Clare Hargaden’s, email resigning her post.

Ms. Hargaden, who has worked as Chaplain in a number of prisons here since 2017, articulated a list of grave concerns emanating from an institution she described as shaped in a culture of “fear, indifference, hostility, and ineptitude”…

“The women in custody here report to me that they live in fear. Upon making a complaint, some have found themselves under a spotlight and victims of harassment and further unfair treatment.

“To allow this to continue is simply morally wrong. Prisoners must be able to make a complaint and have the complaint examined fairly without fear of reprisal.”

Details of her allegations includes:

In addition, from the documents seen by The Examiner, Ms. Hargaden is not alone as other members of staff have also expressed similar views about the “toxic environment” some inmates have described as “hell”:

“Uniformed staff have come to me in tears at how they have been spoken to and treated. Multiple staff members have requested to meet me off-campus due to fears of being overheard or watched.”

Earlier in September the Irish Examiner also published a report on Clare Hargaden’s annual report for 2019 acquired through the Freedom of Information Act:

“Reports on the prison system deserve serious consideration” Michael Clifford writes, noting the 2019 annual report spelt out a litany of failures and criticisms in the Dóchas Centre:

…And all this from a prison where the most recent official inspection report was an Interim Report published in 2013, the Irish Penal Reform Trust tells us.

“At the time, the late Inspector of Prisons noted Dóchas had “to a degree, lost its way”. A full report was due to be completed 6 months following the interim report, to assess progress, but no report was published.”

“We believe that the lack of published prison inspection reports has potentially created an environment where everyone in the prison system, staff and prisoners alike, are vulnerable to mistreatment.”

We can only assume, based on the significant and shameful record here in Ireland of the Institutions’ (both State and Church) long history of abusing the most vulnerable of its citizens, that Clare Hargaden’s voice may well be adding one more chapter to an  ongoing and disturbing narrative where the most vulnerable of our people are treated not only with a lack of respect and recognition for their human rights but oftentimes without a shred of compassion and decency while a guest or visitor in many of our institutions.

Michael Clifford, from the Examiner says:

“Together, if the reports are accurate and balanced – and there is no reason to believe they are not – they paint a damning picture of life in the State’s largest women’s prison.

“The prison population, in general, includes a large cohort who have issues with mental health, chronic deficits in education and other frailties, notwithstanding their involvement in crime.

“Among the female prison population these problems are amplified. A large number of women who are incarcerated would be classified as vulnerable out in general society.”

He finally asks: “Surely further examination is required to find out what exactly is going on behind the prison walls of the Dóchas centre.”

We may well be left waiting…

Research from 2017 has shown that 95% of women incarcerated “received sentences for crimes such as shoplifting or handling stolen goods” while “substance abuse and homelessness were the main reasons behind the offences, according to experts.”

If a society is to be judged on how well it treats the most vulnerable of its citizens, then this one has consistently being shown to be lacking when it comes to those without power or wealth. And in Ireland that amounts to 15.7% of Ireland’s population or 750,000 citizens (a quarter of which are children) as Social Justice Ireland tells us, despite being one of the richest countries in the world (2019 figures).

While respecting the ex-chaplains right to privacy – ( “Due to the confidential nature of my work, I have absolutely no comment to make”, she is quoted as telling the Examiner) – it may well be that the first voice to speak from this deafening silence will help create an environment where others will find the courage to stand up and speak out?

For far too long in Ireland, power and abuse have marched hand in hand shrouded in a cloak of silence, arrogance and secrecy… (“The Irish Prison Service did not respond to a series of questions by the time of going to press.”)…

…where the most vulnerable were ignored and forgotten.

We have our lessons now from the past – and more important, the possibility to create human and humane conditions, environments, and structures for all – lest we continue, lost in this deeply-embedded culture of silence, “to forget”.

Jesuit Centre for Faith and Justice