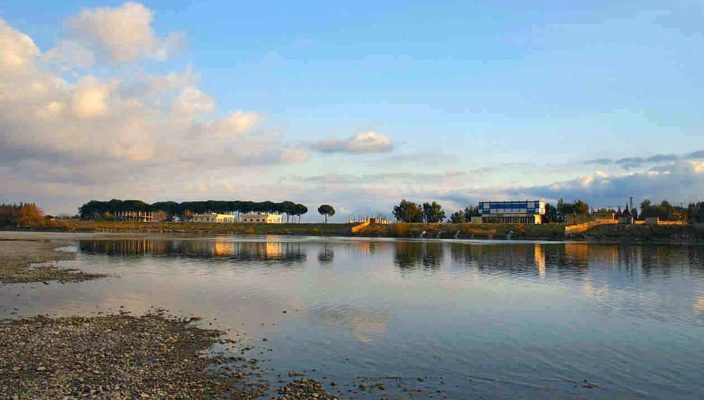 One Year on From Afrin, and now East of the Euphrates: More War?

The Euphrates river starts out in eastern Turkey, then flows through Syria and Iraq on its way south to the Persian Gulf, its water once offering life to the people and communities it passed. Somewhere near its destination rumours hold that the Garden of Eden existed. Not so any more. Since war has come to stay in the region. If there was a time, pre-history, when harmony reigned, that time has obviously long passed and history now seems more to be an endless account of disagreement and murder with one section of our human-animal population seeking to wipe out the other…

With Turkey’s ongoing threats (backed up by its military buildup both sides (Turkey/Syria) of the border) against the area east of the Euphrates river in northern Syria, exasperated also by ongoing confused reports of the U.S. withdrawal from the region generating increasing tension in the area, a recent report from the Syrian Observatory for Human Rights has drawn attention to the Machiavellian scheming that has masqueraded as policy in relation to the future of this vulnerable part of the north of Syria and in particular what this future might hold for the ‘‘autonomous’ Kurdish controlled areas of the Democratic Federation of Northern Syria.

“Reliable sources” close to the Observatory, and certainly following Donald Trump’s phone conversation with Turkish President Recep Tayyip Erdoğan,  “confirmed…that the leadership of the United States of America, is seeking to hand over the entire east of Euphrates area; and leave it to its destiny which it has prepared and continues to prepare with Turkey, by pushing Turkey to impose its full supervision over the area, which extends from the outskirts of Manbij to the Syrian-Iraqi border, under the name of a “self-administrative area…”

The Kurds and their allies in the Syrian Democratic Forces have controlled a number of areas in northern Syria since the region gained its de facto autonomy from the Assad regime in 2012 as part of the wider Syrian Civil War.

Since the Turkish annexation of Afrin was ‘completed’ in March last year, Turkish President and Chairman of the ruling Justice and Development Party Recep Tayyip Erdoğan has threatened a military offensive against the remaining Kurdish-held areas in northern Syria. “Mr Erdogan undoubtedly intends in the long term to eliminate the de facto Kurdish state that developed in northern and eastern Syria as the result of the advance of the YPG, backed by US air power, in the war against Isis. But it is unlikely that he will seek a confrontation with the US, which is sending out patrols of armoured vehicles into the front lines around Manbij, a strategically placed city between Aleppo and the Euphrates…” Patrick Cockburn wrote for the Independent following the Turkish entry into Afrin city, along with its Islamist allies, in March 2018.

Now with Mr. Trump’s chaotic decision to withdraw US support, announced on 19th December, the wolves have once again been gathering at the borders… resulting in what the Syrian Observatory has described as “a state of confusion in the local, regional, and international circles…” with the end result being that the region east of the Euphrates “which is controlled by the Syrian Democratic Forces…” is “in front of multiple scenarios…”

“Reliable private sources confirmed to the Syrian Observatory for Human Rights that the leadership of the United States of America, is seeking to hand over the entire east of Euphrates area; and leave it to its destiny which it has prepared and continues to prepare with Turkey, by pushing Turkey to impose its full supervision over the area, which extends from the outskirts of Manbij to the Syrian-Iraqi border, under the name of “self-administrative area,” run by the Kurdish National Council in Syria and with a military deployment of the forces of “Rojava Peshmerga” and an administration belonging to the National Coalition and it will include all components of the area, and it will be under direct Turkish supervision…”

Despite Turkish ‘dislike’ for the ruling Democratic Union Party (PYD), the Kurdish National Council arguably has little support left in the areas that Turkey would like to “administer’ in northern Syria in this scenario: “The Kurdish National Council has been widely criticized in Syrian Kurdistan. The KNC has been accused of working with Turkey and the Syrian Salafist opposition forces against the Federation of Northern Syria – Rojava…” (Wikipedia) while the experience of Afrin since Turkey took over its “administration” can only leave observers panic-stricken at the thought of “more business as usual”, Turkish-style, elsewhere in Syria/Rojava; a style recently explained in the Washington Post:

“Turkey now sees itself as emerging from America’s shadow as an independent geopolitical actor that owes fealty to no one. Erdogan makes no secret of the fact that he wants to oversee the rebirth of the Turkish empire. He views Turkey’s traditional ties with the West, including NATO, as unequal and at times unfavorable to his interests. He sees the world as an arena of great power competition, with Turkey standing alongside China, Russia, Europe and the United States. That’s an exaggerated view of Turkey’s power and capacity — but not to Erdogan.” (Asli Aydintasbas & Jeremy Shapiro)

…an empire with an appalling record in respecting the basic rights of its peoples, leaving us once again to wonder if it is not still true for the Kurds: “No friends but the mountains”?

“Reliable sources confirmed to the Syrian Observatory that all the promises given by the United States of America so far are only a trick to delay any agreements or consensus for the Syrian Democratic Forces with the regime forces and the Russians, and that the goal of the United States from delaying this agreement is to make room for Turkey to enter easily when the US withdraw from its military bases in Manbij and east of Euphrates.”

That said, the talks with the Assad regime had already begun in July last year:

“If the regime accepts our vision and project of a decentralized system, and accepts all groups and factions, then our views will be more aligned, and we may actually reach a solution…” – Salih Muslim, former co-president of the Syrian Kurdish Democratic Union Party (PYD), said.

Alas, since then, it appears this progress is not to be…Unfortunately:

“The regime did not come forward when it was weak, Ismail said. Now it has regained its strength with Russian backing, the Kurds find themselves at a disadvantage.” (Rudaw)

“The Syrian Observatory also learned that the United States did not expect at all that the Syrian Democratic Forces may approach the regime and begin consultations with it and with the Russians, in order to reach a consensus on the future of the east Euphrates area, of which Turkey aspires to control, also the process of leaving weapons and military equipment by the United States of America to the Syrian Democratic Forces comes in the context of creating an additional motive for the latter to confront Turkey, and enter the area into a war that could claim large casualties and destruction…”

As to the future – one in which:

“…at the moment, there are reportedly 80,000 Turkish troops lined up on the Turkish-Syrian border threatening an incursion into areas held by Syrian Kurdish forces, which are still backed up by U.S. special forces…”  (Washington Post)

– it seems that the fate of the Kurds and their allies and neighbours in this tormented part of the world depends on the quickly changing allegiances between a number of international players – none of which you would trust to walk your grandmother across a busy road:

“…while the reliable sources told the Syrian Observatory that the Russians opposed what the United States of America suggested about the future of the east of Euphrates, and Russia insisted on the withdrawal of Turkey from Idlib and Afrin if entering the east of Euphrates area.”

So almost exactly a full year following the most recent Turkish invasion of the Democratic Federation of Northern Syria, and with the almost 8 year long Syrian Civil war reaching burnout and hopes mounting for an eventual peaceful outcome for all people living in the region, and despite all talk earlier this week about “safe zones”, it seems, after the talking has finished, all the Kurds and the other ethnic minorities under threat in this part of Syria can expect, is more war:

“The deployment of Turkish soldiers will begin along a 500-kilometer-long front from ten different locations, 10 kilometers deep into the border, with the aim of clearing an area of 30,000 square kilometers from Kurdish militants, Yeni Şafak said. The second phase of the attack will involve advancing ten additional kilometers from the border, it added, noting that the Turkish military have taken ‘intel and security measures to counter any possible tribal resistance in regions east of the Euphrates.’” (Ahval, January 16th)

… and yet another period where their culture, their identify, their human rights, including the most basic, the right to life, will be violently suppressed, once again under the watchful if not predatory eye of these so-called “world powers…”

Peace, of course, is another option. Not being “good for business”, might be the reason why no-one (in power) is currently suggesting it?

The Euphrates River near Raqqa

The original uploader was Zeledi at English Wikipedia. [GFDL (http://www.gnu.org/copyleft/fdl.html) or CC-BY-SA-3.0

The Syrian Observatory for Human Rights