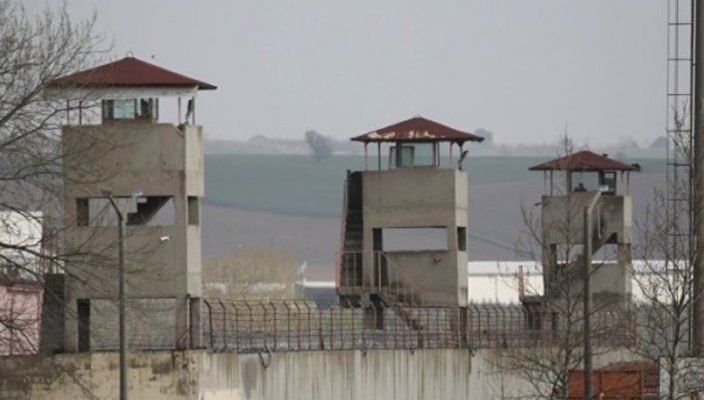 Conditions worsening in Turkey’s prisons due to COVID-19

Feleknas Uca and Hişyar Özsoy, co-spokespersons of the HDP Foreign Affairs Commission, have released a statement on the worsening conditions in Turkey’s prisons due to the coronavirus pandemic

Following the announcement of COVID-19 as a global pandemic, the CPT issued a set of principles relating to the treatment of persons deprived of their liberty on 20 March 2020, asking member states of the Council of Europe to follow them. On March 25th, the UN Commissioner for Human Rights, and, on April 5th, the Commissioner for Human Rights of the Council of Europe made statements asking governments to respect human rights, fundamental freedoms, and democratic standards while devising and implementing measures to fight the pandemic. Some of the key recommendations made by the commissioners include improvement of conditions of prisons which are most vulnerable places in the face of a pandemic, the release of people detained without sufficient legal basis (including political prisoners), meeting medical and hygienic needs of detainees and convicts, and not suspending fundamental rights within prisons.

Since early March, the government of Turkey has also been implementing various measures to fight COVID-19 within prisons across the country, including a highly contested special amnesty law that enabled release of some 90 thousand convicts. Although the release of these many people helped to significantly reduce the prison population, one of the highest in Europe, this amnesty law was utterly unfair and discriminatory at least on two grounds. First, it categorically excluded from its scope all political prisoners facing “terrorism-related charges.” Second, as it applies only to convicts, the law also excluded those jailed pending trial. As various legal authorities have underlined, this law is in clear violation of Article 2 (the rule of law) and Article 10 (equality before the law) of the Turkish Constitution as well as Article 14 of the European Convention on Human Rights. These categorical exclusions prevented the release of about an additional 50,000 prisoners; including thousands of politicians, members of parliament, Kurdish mayors, intellectuals, NGO representatives, human rights activists, students, artists, journalists and all other political prisoners arrested or convicted with terrorism-related charges. Some of these political prisoners include Selahattin Demirtaş and Figen Yüksekdağ (former HDP co-chairs), Gültan Kışanak and Selçuk Mızraklı (elected Kurdish mayors of Diyarbakir), Osman Kavala (businessman and philanthropist), and Ahmet Altan (author).

The main opposition Republican People’s Party (CHP) has declared that they will appeal to the Constitutional Court for the repeal or amendment of the amnesty law. As the amnesty law violates the principle of equality before the law, theoretically the Constitutional Court may amend the law so as to make it non-discriminatory and inclusive. Such a fair judgment can restore justice and ensure equality before the law. The CHP did appeal on procedural grounds, but not on substantial grounds, yet. We would not be surprised if the government interferes into the appeal process, as it has almost complete control over the judiciary as a whole.

According to the reports by human rights and prison monitoring organizations, the conditions of prisons have worsened with the pandemic.[1] Turkish authorities had not made any statement about the spread of the pandemic in prisons until April 14th, the very day when the amnesty law was passed. On that day, the Turkish Justice Minister said that there were 17 confirmed cases of COVID-19 in prisons, including three deaths. He added that 79 prison staff and 80 judges, prosecutors, and judiciary and forensic science staff had also tested positive. On April 28th, the Ministry updated that 120 COVID-19 cases were detected in 4 different prisons. And on May 22nd, the Ministry announced that there was a total of 82 COVID-19 cases in Silivri Prison alone, and that one infected prisoner had died. The government has not been transparent about the number of COVID-19 cases in and outside the prisons. Based on reports from families and lawyers of prisoners, we know that the number of COVID-19 cases in prisons is much higher.

Unfortunately, there are many problems in prisons that help the spread of COVID-19. According to a report jointly prepared by the Human Rights Association (İHD), the Free Lawyers Association (ÖHD), Contemporary Lawyers Association (ÇHD), and MED TUHAD-FED (a federation set up by families of arrestees and convicts), some of these problems are as follows:

Besides, according to the Human Rights Association (IHD), as of 31 March 2020, there were a total of 1,564 sick prisoners across Turkey; of these 590 of were “seriously sick.” These prisoners are at great risk of getting infected with COVID-19. If the sick prisoner is a political prisoner charged with terrorism-related offences, then his/her release for medical reasons is next to impossible. To give an example, despite all efforts of his family members, lawyers and the Human Rights Association, Turkish authorities refused to release Kurdish political prisoner Ms Sabri Kaya. Mr Kaya had two open-heart surgeries and over a dozen heart attacks in the past. Most recently, he had a heart attack and cerebral haemorrhage on 25 March 2020. He was hospitalized three times, each time treated under the intensive case, and then sent back to prison. Mr Kaya was finally released on May 22nd. He died only a couple of hours later.

As these brief notes on conditions in prisons with respect to the global pandemic reveal, Turkish authorities do not follow many principles and guidelines specified by the World Health Organization, the CPT as well as human rights commissioners of the United Nations and the Council of Europe. The lives of prisoners are at risk. Their hearts in their mouths, tens of thousands of prisoners in their cells and their families are closely following the debates on the appeal to the Constitutional Court regarding the recent amnesty law.

In closing, we would like to make an invitation to the Council of Europe authorities — the CPT, the Commissioner for Human Rights, and the Monitoring Committee of the PACE in particular, the UN High Commissioner for Human Rights, the Office of European Union External Action, our sister parties across the world, and all other democratic institutions and persons concerned with the rights and health of prisoners in the context of the COVID-19 pandemic: Please closely monitor prisons in Turkey, follow the debates on the appeal process regarding the amnesty law, be the voice of vulnerable prisoners and their families, and mobilize the mechanisms and resources at your disposal to protect the rights and health of prisoners in Turkey and beyond.