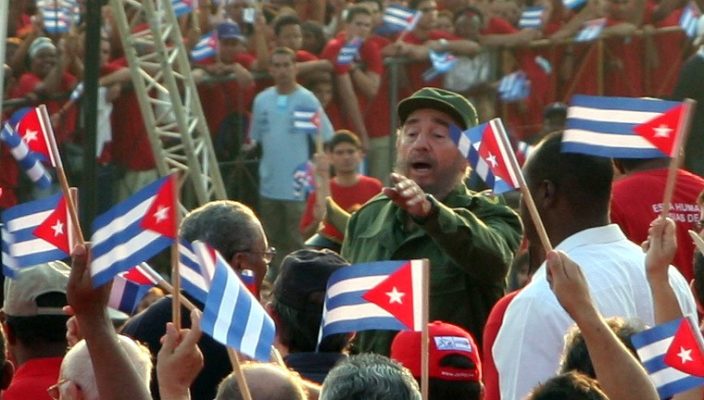 Cuba’s government has hit back at President Donald Trump’s latest threat to implement a “full and complete” blockade after accusing the Caribbean island of “controlling Venezuela.”

“If Cuban troops and militia do not immediately cease military and other operations for the purpose of causing death and destruction to the constitution of Venezuela, a full and complete embargo, together with highest-level sanctions, will be placed on the island of Cuba,” Trump declared last week.

In response to Washington’s demand for the withdrawal of 20,000 Cuban soldiers from Venezuela, a statement by the Communist Party of Cuba branded Trump’s remarks “a lie repeated without an ounce of shame by the Yankee government.” The only Cuban “troops” were, in fact, working alongside Venezuelans, and included specialists in health, sports, culture, education, communications, agriculture, food, industry, science, energy, and transport.

“Cubans are truly committed to the principle of sovereignty, we are protective of our independence and we would never do to others what we would not allow to be done to ourselves.

“Our banner has never been mercenary. Venezuela, the land of the clarion call, of Bolivar’s brave soldiers, the same that made an empire tremble, needs no one other than Venezuelans themselves to safeguard its honor, courage, and dignity,” the statement continued.

The U.S. has been accused of hypocrisy after demanding that Russia stops interfering in Venezuela’s affairs while at the same time Washington is pressing for an armed insurrection against the democratically elected government.

It continues to back Juan Guaidó, the unelected president of Venezuela’s defunct national assembly, in his attempts to oust President Nicolás Maduro. The latest of these bids last week was another flop, failing to attract support from the people or the armed forces.

Because of the Bolivarian Revolution begun by the late President Hugo Chávez in 1998, millions of poor Venezuelans now have access to the social programs of a government that allocates 73% of GDP to the benefit of the majority.

More than 20,000 Cuban health workers are currently operating across 24 states and 335 municipalities in Venezuela. A total of 140,000 have provided services under the scheme developed by Chávez and continued by his successor, Maduro. The Cubans are reported to have saved nearly 1.5 million lives.

“No patient is questioned as to their political affiliation or religious beliefs, nor is any money requested for these services; everyone is treated equally,” the Cuban statement read. “These are our weapons, our ‘troops’ in Venezuela: those who guarantee life and peace. And we are firmly on the side of those who undertake such caring efforts.”