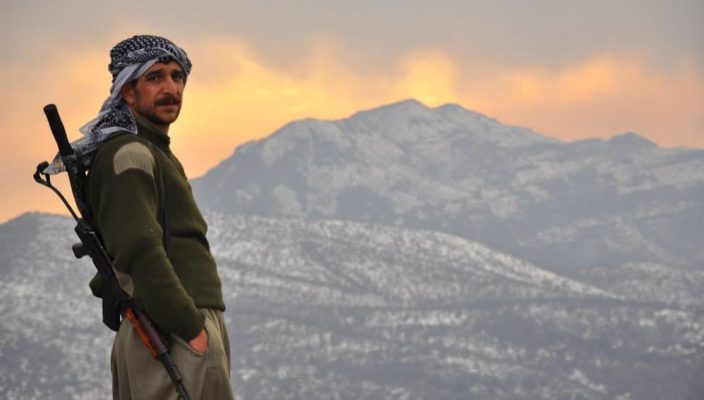 Turkish jets began bombing the Xakurke region of northern Iraq on May 26. The following day Turkish helicopters transported troops into the area.

This was the latest step in Turkey’s growing military intervention in the predominantly Kurdish north of Iraq. Before the Xakurke invasion Turkey already had 18 military bases in Iraq. No doubt this number will rise.

Turkey has been intervening militarily in Syria for several years. Turkish troops moved into northern Syria around the towns of Jarablus, Azaz and al-Bab in August 2016. Their aim was to block the further advance of the Syrian Democratic Forces (SDF), which had liberated a large part of northern Syria from the so-called Islamic State (ISIS).

Turkish troops began moving into Idlib province in north-western Syria in 2017, as part of a deal with president Bashar al-Assad’s regime. Anti-Assad rebels were encouraged to move to Idlib from other parts of the country.  Turkish troops would supposedly help ensure peace in Idlib. This peace was always fragile and has now broken down entirely.

The Turkish government is hostile to the revolutionary process occurring in northern and eastern Syria. Uprisings took place in three predominantly Kurdish areas of northern Syria, known collectively as Rojava, in July 2012. People began building a democratic system with equal rights for women and the inclusion of ethnic and religious minorities.

Rojava was attacked by various reactionary armed groups backed by Turkey. ISIS invaded Rojava, but was driven back. Rojava’s defence forces, the YPG (People’s Protection Units) and YPJ (Women’s Protection Units), linked up with other anti-ISIS forces to form the SDF, and went on the offensive to liberate ISIS-controlled areas such as Manbij. This prompted the Turkish army’s move into the Jarablus/Azaz/al-Bab area to block further SDF gains.

Turkey succeeded in invading Afrin, which was geographically separate from other SDF-controlled areas. But it seems that Erdogan’s plans for invading north eastern Syria are on hold for the time being. Instead, the Turkish army is escalating its intervention in Iraq.

Executive committee member of the Kurdistan Workers Party (PKK), Murat Karayilan  told the Firat News Agency: “It looks like the Turkish regime did not get the necessary permission from its masters to attack Rojava. Therefore it turned to Xakurke”. When Karayilan talks of Turkey’s “masters”, he is referring to the United States and its allies.

Turkey is a member of NATO, but its relations with the US and other leading NATO countries are complicated.

NATO has long supported Turkey against the PKK, which has fought for the rights of Turkey’s oppressed Kurdish people for four decades.

Initially the PKK aimed to create an independent Kurdish state, but now it fights for equal rights and autonomy for Kurds within a democratic Turkey. It has often called for negotiations to bring about a peaceful solution, but the Turkish government has either ignored these calls or broken off negotiations.

The PKK has waged guerrilla war in Turkey and established bases in the mountainous north of Iraq, close to the Turkish border. The US and other NATO countries have supplied weapons and equipment to Turkey to fight the PKK.

However, the rise of ISIS in Iraq and Syria complicated the situation. When ISIS captured Iraq’s second-largest city, Mosul, in 2014, the US became so worried that it began cooperating with the YPG/YPJ and their allies in the fight against ISIS. In 2015 these forces adopted the name SDF.

Turkey was angry at the US alliance with the SDF. Erdogan tried to persuade US President Donald Trump to break the alliance and allow Turkey to invade north eastern Syria. Trump initially agreed, but then changed his mind after objections from some of his advisors. They were concerned that a Turkish invasion would disrupt the fight against ISIS, and hence threaten efforts to build a stable pro-US regime in Iraq.

A Turkish invasion directed against the SDF — who had been fighting against ISIS — would also be hard to justify to the public in the US and Europe, particularly if it resulted in many civilian casualties. A prolonged war in Syria, with many Turkish troop casualties, might also destabilise Turkey.

However, it seems the US had no objection to Turkey invading northern Iraq. Karayilan said: “The Turkish army is fighting against us with the great support of NATO, especially the US. In all the massacres of the Kurdish people, Turkey has had the support of NATO”.

Neither the Iraqi central government nor the Kurdistan Regional Government (KRG) has objected to the Turkish invasion of northern Iraq. It seems they are happy for Turkey to invade areas where the PKK is present, even if Iraqi Kurdish civilians are killed, injured, or forced to flee their homes in the process.

The KRG, which administers much of northern Iraq, has a conservative leadership hostile to the PKK. Nevertheless, Karayilan called on the KRG to oppose Turkish military intervention, saying it is a “gradual occupation of Kurdistan … under the guise of an operation against the PKK”.

Material published on Green Left is very welcome to be reposted, providing green Left is credited and a link back to the original is included.

By Kurdishstruggle –  Some rights reserved